Businesses that switch large trucks and vans for electric vehicles could now benefit from extensions to the Plug-In Van Grant grants of up to £20,000 per vehicle.[/vc_column_text] 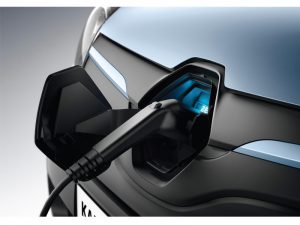 The Government is committing an additional £4 million to the Plug-In Van Scheme.

The Plug-In Van Grant has been available to small commercial vehicles of up to 3.5 tonnes since 2012, but sales of new electric vans have remained limited.

The Government is now committing an additional £4 million to the scheme so that all vans and trucks meeting the necessary requirements are eligible as part of the drive to reduce carbon emissions from transport use.

The announcement was made by Business and Energy Secretary Greg Clark during a three day visit to Japan while meeting Japanese automotive companies.

“The Government and industry continue to work together to support the UK’s world class automotive industry, including on the Advanced Propulsion Centre, which has invested £1 billion to develop low carbon technologies,” said Clark.

“We have also invested £100 million in connected and autonomous vehicles, and through the Office for Low Emission Vehicles we are also helping work up the most constructive programme to support the adoption of Electric Vehicles.”