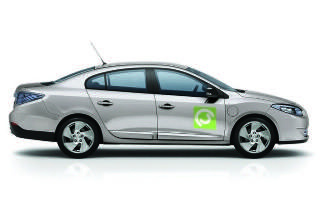 The company launched Addison Lee Eco in February 2015, adding 350 hybrid vehicles to its 4,800-strong fleet. Climatecars, which has over 650 business customers across Greater London, already has an all-hybrid fleet of 115 vehicles, which will be added to the company's corporate, VIP and international divisions.

Liam Griffin, chief executive officer of Addison Lee, said: “This deal will boost our Add Lee Eco offering, providing more variety for our passengers but with the same best-in-class experience they expect.

“This comes in addition to the upgrades we’ve made to our App, the 4G Wi-Fi we’ve implemented into our vehicles and the new customer loyalty scheme we’ve just launched. All of which are designed to enhance the Addison Lee passenger service even further.”

“We are delighted with the deal with Addison Lee,” added Nicko Williamson, founder of Climatecars. “Their AddLee Eco service is in line with our original goal for Climate Cars, to push for mainstream adoption of hybrid and electric cars in the private hire sector."

Climatecars is Addison Lee’s second acquisition within the last month, following the purchase of Camden-based Cyclone VIP Cars & Couriers. The deal continues to bolster Addison Lee’s environmental credentials after the company was awarded the Green500 Diamond Award twice and voted Green Fleet Of The Year in both 2012 and 2013.