Audi has launched a new charging service, aimed at both plug-in hybrid and e-tron drivers and providing access to thousands of charging points across Europe via one charge card/app and a single contract. 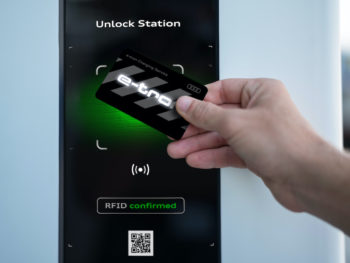 The service currently has 18 charge point operators on-board, covering more than one third of the UK public charging network, with plans to expand. It also offers free roaming in Europe, boasting some 134,000 charging stations across 24 countries.

The service offers drivers a choice of two tariffs: City and Transit.

As denoted by the name, the City tariff is aimed at drivers who cover shorter distances and predominantly charge at home or work, and particularly those who own an Audi plug-in hybrid model.

It costs £4.95 per month and gives drivers access to standardised rates of 30p per kWh for AC charging and 39p per kWh for DC fast-charging. When charging at a Source London AC point, 7.4kW charging is priced at 8p a minute, while 22KW costs 14p a minute. As you might expect, there is also no charge for using the e-tron Charging Services card to charge at free charging stations.

The Transit tariff is aimed at users who charge more frequently on the road and is recommended by Audi for e-tron drivers to maximise the EV’s rapid charge speed of up to 150kW – e-tron owners actually get a year’s free access. It costs £16.95 per month and includes access to the manufacturer-supported Ionity network, providing a flat charge rate of 28p per kWh at any one of the 400 stations across Europe; a saving more than 60% over the standard Ionity tariff. Pricing at other AC and DC stations (including Source London) remains the same as the City tariff.

City tariff customers carrying out adhoc charging at an Ionity station can use their e-tron Charging Services card but will pay standard Ionity pricing.

Drivers can also use the myAudi app to locate charging units that are part of the e-tron Charging Service’s network coverage while the in-car MMI navigation system can also identify eligible AC and DC stations across the country.