The Australian Capital Territory is to transition its entire government fleet to electric vehicles, while announcing support for charging points into and around Canberra, both aimed at encouraging consumers to follow suit. 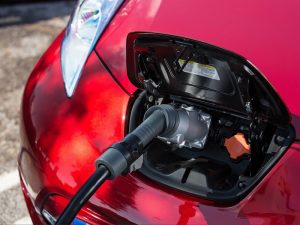 The ACT already has some of Australia’s biggest incentives for plug-in vehicles.

Announced by Minister for Climate Change and Sustainability, Shane Rattenbury, and Minister for Transport and City Services Meegan Fitzharris, the plans mean 50% of newly-leased vehicles will be electric by 2019-20, rising to 100% the following year, where they are fit for purpose.

This also builds on what are already some of the country’s biggest incentives for electric vehicles, which don’t incur stamp duty and get a 20% registration fee discount in the ACT. As of late 2018, drivers will also get access to transit lanes, while all new mixed-use developments will have to have charging points, and the government will work with other states to establish rapid charging networks on highways in and out of Canberra.

Minister Fitzharris said “Zero emissions vehicles cause less air and noise pollution, have lower running costs, don’t incur stamp duty and receive a 20% discount on registration fees. Electric bikes also help make it easier and cheaper for people to get around our city while getting exercise at the same time.”

Take-up of plug-in vehicles has, so far, been very low in Australia. According to a report by the country’s Electric Vehicle Council, released last year, sales fell 23% in 2016, compared to 2015, with 701 plug-in hybrids and 668 fully electric vehicles registered, equating to 0.1% of the total new car market. Almost two thirds (64%) of those were fleet vehicles, and 2% were government-run.

Electric Vehicle Council CEO, Behyad Jafari, welcomed today’s plans: “The ACT is already leading the Australian market in terms of per capita uptake rates of EVs and deployment of charging infrastructure. This is driven by their existing stamp duty exemption and registration discounts for zero emission vehicles. The Action Plan released today will see the ACT cement their position as policy leaders on EVs in Australia.”

Previous: Swedish road can charge electric vehicles as they drive
Next: EV used values up 41% in Q1 while diesel remains strong