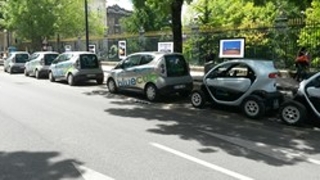 A total of 20 Renault Twizys are now being operated on and have been specially adapted for connection to the Bordeaux subscription system and call centre to enable a recharging process the same as that for the Bluecars: the driver just shows his/her subscriber's badge at the charge terminal and plugs the car in.

The move forms part of the Renault-Bolloré joint venture announced last September and which also saw the firms announce that Renault is to build Bluecar electric vehicles including a possible three-seater version for the Bolloré Group’s car sharing schemes.