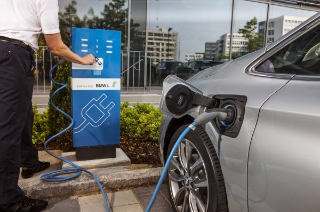 The first, the 225xe Active Tourer, arrives in March 2016 with a choice of Sport and Luxury trim levels. This uses a 134bhp three-cylinder petrol engine to drive the front wheels, and an 88bhp electric motor at the rear, powered by a battery with a 25-mile range.

As a result, the 225xe provides 221bhp and offers four-wheel drive, with CO2 emissions of 46g/km and fuel consumption of 141.2mpg on the NEDC for plug-in hybrids. Both trim levels will be eligible for the Plug-in Car Grant, reducing the price to £30,005 and £30,775 respectively, which is lower than the equivalent 225i xDrive Active Tourer with an automatic gearbox.

In April, the plug-in hybrid 3 Series Saloon will arrive in the UK. The 330e features a 182bhp 2.0-litre petrol engine and 107bhp electric motor driving the rear wheels, producing 249bhp. Its 25-mile electric range contributes to CO2 emissions of 49g/km with economy of 148.7mpg, regardless of whether it’s ordered in SE, Sport, Luxury or M Sport guise. Prices start at £28,395 after the Plug-in Car Grant.

Two versions of the new 7 Series will feature plug-in hybrid technology from next summer. The 740e and 740Le xDrive both produce 321bhp via a 2.0-litre petrol engine and electric motor, emitting 49g/km and 53g/km respectively. Prices have not been announced yet. The 225xe, 320e, 740e and 740Le xDrive join the X5 xDrive40e launched earlier this year.

In the meantime, BMW has added three new colours and a Sport package to the i3.  This includes 19-inch alloy wheels, tinted windows, LED headlights and Harman/Kardon audio for £1,700, a £610 saving over optioning them separately. The new colour options also enable the car to be finished entirely in black for the first time.