Alongside company car tax and Vehicle Excise Duty measures intended to encourage electric vehicle take-up, the chancellor also committed further support for electric vehicles with the announcement that the Plug-in Car and Van Grants will be maintained until March 2023 and a pledge of £500m for the rollout of a fast-charging network for electric vehicles. 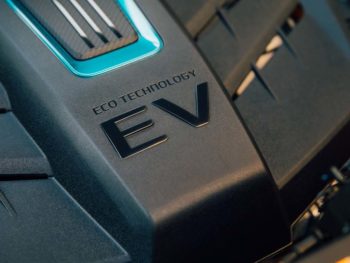 Although there had been fears the grants would be axed, the Budget document sets out the government view that consumer incentives support the development of markets for new transport technology and says it will provide £403m for the Plug-in Car Grant, extending it to 2022-23, while also providing £129.5m to extend the Plug-in Grants for vans, taxis and motorcycles to the same date, in recognition of the fact that the market for other ultra-low emission vehicles is still very small. But it does also say that the Government is considering the long-term future of incentives for zero-emission vehicles alongside the 2040 phase-out date consultation.

Meanwhile, the fast-charging network for electric vehicles is intended to ensure drivers will never be further than 30 miles from a rapid charging station – a point made in the Conservatives’ election manifesto – and will include a Rapid Charging Fund to help businesses with the cost of connecting fast charge points to the electricity grid.

And to target spending from this fund effectively, the Office for Low Emission Vehicles will complete a comprehensive electric vehicle charging infrastructure review.

In addition, the Budget announced the exemption of zero-emission cars from the Vehicle Excise Duty (VED) ‘expensive car supplement’ and the publication of a call for evidence on VED, which will include how it can be further used to reduce vehicle emissions.

The Government also said it would eliminate the Van Benefit Charge for zero-emission vans from 2021 and would further tackle air pollution by providing £304m to help local authorities reduce nitrogen dioxide emissions and improve air quality.

All measures have been widely welcomed. Matthew Walters, head of consultancy at LeasePlan UK, said the rapid charging commitment was particularly important, explaining: “We know that fleets and motorists are keener and keener to go electric, but many remain worried about the availability of chargers. Allaying these fears is crucial for the country to progress along the Road to Zero.”

Commenting on the Plug-in Grant extension, Michael Woodward, UK automotive lead at Deloitte, said: “As consumers continue to make the switch to electric vehicles, and with around 30 new models being launched in the UK this year, we are on the verge of a tipping point, which could see EVs enter the mainstream.

“Financial incentives have proven to be a key factor in driving EV growth in countries like Norway and the Netherlands, aided by additional incentives such as priority parking spaces and city access. A similar strategy in the UK could help stimulate further demand.”

Gregory Allouis, strategic solutions director, commented: “The lack of clarity concerning the future of the plug-in car grant is a disappointment. We are still in the early adoption phase for electric vehicles and consumers and businesses need certainty that they will be supported to do the right thing for the environment.

“Countries like Norway show just how successful grants for electric vehicles can be and the reality is that the Government should have been committing more resources to the plug-in car grant, whereas now investment will potentially be left on hold.”