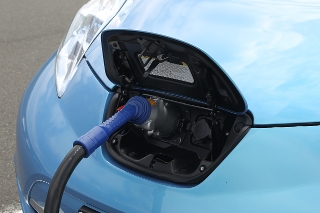 It has confirmed that the current version of the grant, worth up to £5,000, will end this year, at a date yet to be confirmed. Until that date, OLEV has said that it will honour any deal placed on its system for a qualifying car, provided that the vehicle has been allocated to a customer and is delivered and registered within nine months.

The BVRLA had sought the confirmation from OLEV to combat growing uncertainty within the leasing sector, which had led a number of companies to remove the £5,000 grant from their quotation systems.

“We are delighted that OLEV was able to provide this speedy and common-sense response to our members’ concerns. Losing the £5000 subsidy would have a major impact on a monthly lease rental, so leasing companies need to know that their quoted price won’t be hit because the vehicle lead time extends beyond the plug-in grant’s cut-off date,” commented BVRLA chief executive, Gerry Keaney.

“Registrations of ultra-low emission vehicles have taken-off in recent months and the rental and leasing industry has been leading this charge. The uncertainty surrounding the grant was threatening to hike lease prices for ULEVs and reduce their appeal to prospective customers.”

The Plug-In Car Grant was originally launched in 2011 to increase the take-up of ultra-low emission vehicles. Under the scheme, motorists can receive a 35% discount off the basic price of an eligible car, worth up to £5,000.

For now, each of these three categories is eligible for the full 35% discount, but the BVRLA believes this is likely to change in the coming months. Around £200m has been set aside to continue the grant scheme from 2015 to 2020, but the grant amounts made available to cars in each of the three categories may need to differentiate, in order to prevent money for the scheme running out before 2020.