By Natalie Middleton / 1 year ago / Features / No Comments

Harry Hoster, chief technology officer for Altelium Ltd and director of energy Lancaster and professor of physical chemistry at Lancaster University, on how Dyson’s decision to scrap its EV project in Singapore shows the challenges when it comes to electrifying personal transport in local markets. 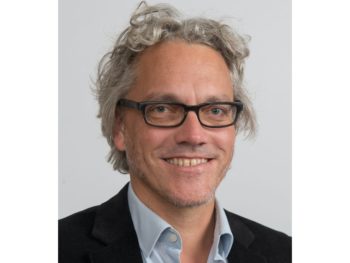 James Dyson’s decision to cancel his electric car project in Singapore can’t have been easy. His engineering company had devoted four years and millions of pounds to the vehicle’s development but has now decided it isn’t commercially viable. I feel personal sympathy, as I was involved in the development of a “from scratch” electric taxi, EVA, in Singapore from 2011 to 2014. Like Dyson’s car, the design also got shelved.

The lesson was that new players typically lack the capital and manufacturing expertise needed to start a car production line and compete with existing manufacturers.

But there’s another important conclusion to be drawn from looking at the potential market for electric vehicles. It goes to the heart of why successfully developing high-end cars isn’t going to be enough to electrify personal transport when the market gives so many reasons for the incumbent fossil fuel-based system to resist.

The vehicle market in Singapore has a big share of expensive cars, but its volume is dwarfed by that of almost all larger neighbouring cities. Not only do cities like Jakarta, Manila and Bangkok have many more cars registered than Singapore, they also suffer more serious air pollution from vehicles.

But that wouldn’t improve much even if all cars were electrified. For example, in Bangkok, only 40% of roadside primary organic aerosol (POA) pollution stems from cars. The other 60% comes from two-stroke engine scooters, even though they use only around 10% of fuel sold.

Each two-stroke engine in a scooter or three-wheeled tuk-tuk is as harmful as 30 to 50 modern petrol cars.

This is because two-stroke engines mix lubrication oil into the fuel. It is the price paid for their simple construction and affordability. This means that electrifying scooters and tuk-tuks would produce much higher improvements in air quality per vehicle than doing the same for comparatively clean cars.

And given that these vehicles can easily run on today’s batteries, it should technically be an easy job to convert the fleet. China has achieved quite a lot in this sphere. But other countries in Southeast Asia, where scooters have been around for generations and are part of the economy and culture, may require a systemic market change.

Owners of scooters, motorbikes and tuk-tuks rely on an important support network of businesses to provide fuel, maintenance and spare parts. Without such a support network in place for electric alternatives, no new vehicle choices can conquer a relevant market share. And if those who benefit from the current petrol-based transport system are left out, they have no incentives to support electrifying transport.

Anecdotally, a similar problem has already been seen in the power generation sector. Much effort has recently been made in communities not connected to a power grid to replace diesel generators with solar panels and batteries. What sounds like a technical no-brainer can be hindered by unexpected circumstances: this technology does not come with many jobs for the local community after installation. The people who currently sell diesel, maintain the generators and sell the electricity would need another source of income. It seems likely those people understandably do little to support such a transition.

A systemic market change that could drive electrification must learn from local entrepreneurs. It would have to address the challenge of higher capital costs for buying batteries and electric motors compared to two-stroke engines. And it would have to replace declining income from selling fuel and lubricant oil with other services such as battery charging or swapping.

There are lessons here for manufacturers as well. Vehicles in the scooter class don’t need the latest generation of expensive lithium-ion batteries. How much energy they can store is less important than the ability to easily exchange or even repair the batteries. Where possible, vehicle spare parts such as wheels or brakes should be identical to what is available in the respective local markets.

Some promising products such as an electric tuk-tuk already exist. In Indonesia, locally designed and built e-scooters have started entering the market and the Government has taken important regulatory measures, cutting fuel subsidies while creating incentives for domestic production of electric vehicles.

In the Philippines, the large-scale roll-out of ‘e-trikes’ saw some delays, but it taught important lessons: don’t start too big, and make sure that an ecosystem is in place to support the new vehicle beyond the point of sale.

The challenge of electrifying the transport sector requires these kinds of economic and sociological insights as much as technical ones. It needs industry to work with governments and banks in a concerted effort to replace billions of dirty engines. Local product design in combination with local manufacturing means a paradigm shift: the transformation of sheer markets for predominantly Japanese motorcycles into players in clean transport technology.