Demand for EVs up despite overall fall in used car demand

The UK’s used car market saw a turbulent first quarter with sales down 8.9% due to lockdowns but demand for electric vehicles up. 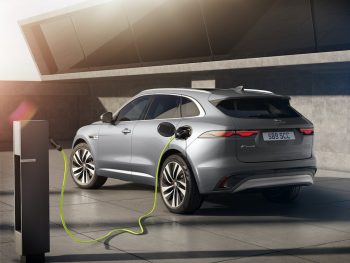 The figures from the Society of Motor Manufacturers and Traders (SMMT) show some 1,687,755 transactions took place in Q1 2021 as a whole, with large falls of 27.1% and 19.4% seen in January and February respectively.

But March transactions were actually up 32.2% year-on-year due to the comparison to March 2020 when the UK first entered lockdown.

Demand in Q1 was down in all segments, bar luxury saloons and specialist sports; likely the result of some buyers having extra money due to lockdown and wanting to treat themselves.

However, the combined number of plug-in vehicles traded still represented only 1.0% of the market, up from 0.7% in Q1 2020. In contrast, petrol and diesel powertrains combined represented 97.1% of all first quarter activity at 1,638,536 units.

And a survey this month by The National Association of Motor Auctions (NAMA) found more than 65% of respondents expect sales of petrol and diesel cars to remain popular and anticipate values of these cars to increase over the coming month.

Among all vehicles, black was the number one colour choice, with almost 370,000 transactions, followed by silver/aluminium and blue.

Mike Hawes, SMMT chief executive, said that with car showrooms open again and the UK coming out of Covid restrictions, there is renewed optimism for the sector.

He added: “The second quarter will see significant growth as last year’s April and May markets were severely limited by lockdown measures. It’s vital that the used market is rejuvenated to help sustain jobs and livelihoods, drive fleet renewal and support environmental progress.”

AA Cars CEO James Fairclough also said there is a buzz of optimism for the year ahead and added that the business is seeing strong demand for used cars; searches are more than 50% higher than they were before the pandemic.

He added: “Many people changed their driving habits during the past year, with more people choosing to drive to work rather than commute by public transport, and demand for cars will stay high if these trends continue. Sales may be further aided by continually low interest rates, which makes this a good time to take out a car finance deal or unsecured loan.”

He also said the market could be boosted by hesitance among some buyers to splash out on big-ticket items.

“We therefore expect some people who might ordinarily buy a new car will switch to the second-hand market instead, to find a more affordable option that will hold its value better,” Fairclough continued.

Previous: Fleet uptake of EVs could be much quicker than expected
Next: Subaru electric SUV named Solterra and due 2022