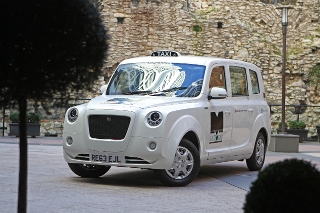 Aimed at reducing air pollution in London, the package says all newly registered private hire vehicles should be plug-in hybrid or fully electric with at least a 40-mile electric range immediately, and that this should be in place for taxis by the 1st January 2018.

It calls for a fund of £150m to offer drivers a £10,000 discount or removal of VAT off a new vehicle which meets these requirements, on top of the existing £5,000 Plug-in Car Grant, for the Vehicle Excise Duty and Benefit in Kind system to recognise particulate matter and nitrogen dioxide emissions as well as carbon dioxide.

The 15-year, and proposed 10-year, age limit for new registrations and the 25-foot turning circle requirements should also be scrapped, according to the report, and geofencing near areas of high pollution should not be allowed.

Finally, the package would include 500 rapid charging points across Greater London, exclusively for use by private hire vehicles and taxis, offering a 30-minute, 80% charge at little or no cost.

Steve Mcnamara, general secretary of the LTDA, said: ‘London taxi drivers want to be able to purchase and drive, clean modern taxis. With the right incentives and by working with the trade Boris has the opportunity to ensure that London is the first city in the world to have a taxi fleet comprised exclusively of Zero Emission Capable vehicles.’

Simon Birkett, founder and director of CAL, added: ‘Few people outside the taxi industry realise that the Mayor’s strict Public Carriage Office requirements determine which vehicles a taxi driver can buy and/or drive to do his or her job. Today, this means drivers must buy one of two large, relatively unaffordable diesel vehicles to compete against Private Hire Vehicles purchased at a fraction of that cost.

‘The Mayor should turn an onerous obligation into a mechanism for transformation.’