The European Commission’s ‘Fit for 55’ package of climate measures has been widely greeted over its more ambitious targets for the reduction of CO2 emissions, in particular for cars. 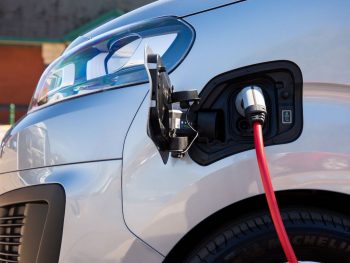 Announced the same day as the UK revealed its Transport Decarbonisation Plan, the proposals revealed yesterday support the EU’s ambition to become climate-neutral by 2050 and include a combination of measures, said to be required to tackle rising emissions in road transport to complement emissions trading among manufacturers.

The announcements include stronger CO2 emissions standards for cars. These will require average emissions of new cars to come down by 55% from 2030 and 100% from 2035 compared to 2021 levels. This would effectively mean a sales ban of combustion engine vehicles in the EU.

To ensure that drivers are able to charge or fuel their vehicles at a reliable network across Europe, the revised Alternative Fuels Infrastructure Regulation will require Member States to expand charging capacity in line with zero-emission car sales, and to install charging and fuelling points at regular intervals on major highways: every 60km for electric charging and every 150km for hydrogen refuelling.

Other changes include significant changes to the EU Emissions Trading Scheme (ETS), the introduction of a new, separate ETS for road transportation and buildings and changes to the Energy Efficiency Directive to impose more ambitious binding annual energy use targets. Planes will have to start using sustainable fuels and shipping will be required to cut its emissions through the EU emissions trading system.

Eco campaign group Transport & Environment welcomed the changes for car emissions, which it said would make zero-emission cars accessible for all.

It added that cars are responsible for 12% of all greenhouse gas emissions in Europe, and switching sales from polluting engines to fully electric is a crucial step to reaching net-zero emissions by mid-century.

William Todts, executive director of T&E, said: “This is a turning point for the auto industry and good news for drivers. The new EU rules will democratise electric cars and give a major boost to charging, meaning clean cars will soon be affordable and easy to charge for millions of Europeans. The problem is carmakers will only have to start selling those cleaner cars in 2030. Our planet cannot afford another nine years of big talk but little action from the auto industry.”

It also warned that a weak CO2 target of -50% for vanmakers in 2030 will do little to drive electrification of the “fastest-growing road polluter”.

David Borland, EY UK & Ireland automotive leader, greeted the changes, saying: “This is already the direction of travel across the automotive sector, and follows the recent announcements from manufacturers on the transition to zero-emission vehicles, but it will act as a further catalyst for the change if approved by EU member states and the European Parliament.

“The importance of sectors working together is understood with a recognition that citizens also need the infrastructure to charge vehicles, which must consider the balance of public and private charging.”

But while Borland said the EU announcements, alongside the UK’s commitment to ban the sale of petrol and diesel cars by 2030, are a positive step towards net zero, he noted they also present further challenges for companies still suffering the effects of the pandemic and supply chain issues.

“Automotive suppliers who are focused on combustion engine components will need to accelerate the transformation of their operations and products to meet the ever-increasing demand for EVs. This is easier said than done for some, and while there will be winners across the sectors who are nimble and can adapt, others may struggle.”

The Climate Group, which runs the EV100 global initiative where major corporates commit to transition to EVs by 2030, said the proposal was the “sort of ambition we’ve been waiting to see from the EU, where it’s been lacking in recent years”.

CEO Helen Clarkson, CEO of the international non-profit Climate Group, commented: “The science tells us we need to halve emissions by 2030, so for road transport it’s simple – get rid of the internal combustion engine.

“We’re encouraged to see the EU propose a revision to car CO2 emission standards to bring forward the end of sales of new petrol and diesel vehicles to 2035 – this target is not only possible but would ensure Europe maintains its role as a leader in the climate transition. Beyond this, it’s encouraging to see commitments to invest in charging infrastructure.

“Members of the EV100 initiative have committed to adopting zero-emission fleets by 2030. Policies such as these set a clear agenda towards a zero-emission future and will help all businesses invest with confidence in zero-emission vehicles in order that the market develops in the right way.”

And Cubic Telecom, a connected software solutions provider to the automotive industry, said the announcement brings certainty for the sector.

Barry Napier, CEO of the Dublin-based company, which supplies its connected software to global car manufacturers including Audi and VW, said: “The announcement from the EU Commission is welcome because it gives makers of combustion engines certainty that didn’t previously exist. It also gives us certainty knowing that from 2035 we will only be supplying EVs with our software. Ultimately, the entire automotive industry can now start to plan accordingly and that surely must be a good thing.”