Forecourt operator Euro Garages, which runs an expanding network of around 360 sites in mainland UK, has deployed rapid charging units from eVolt at two of its sites in Scotland as demand for EVs in the country rises. 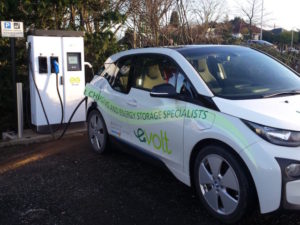 The Scottish Parliament outlined plans late last year to phase out petrol and diesel cars by 2032, although its plans on hybrid vehicle acceptance are still unclear.

Based on their usage, the forecourt operator, which currently has 19 sites across Scotland, may also add further chargers in the future.

Adam Patel, assistant project manager, energy Utilities, at Euro Garages, said: “Euro Garages is committed and dedicated to environmental sustainability and reducing emissions, so there is certainly potential for us to install more charging units across our sites.”