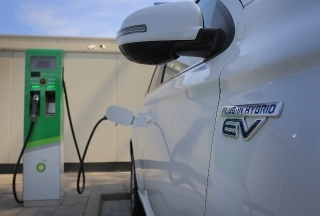 Published by environmental NGO T&E, the final part of its “How clean are Europe’s cars 2014” report finds that countries with the lowest levels of CO2 from new cars tend to have registration and company car taxes that are strongly graduated according to carbon emissions and have the greatest influence on car buyers’ choices.

T&E said the Netherlands’ performance is largely due to a registration tax that is steeply differentiated by fuel economy, as well as exemptions from circulation tax for very low-carbon vehicles including electric cars. The Netherlands also has a strong differentiation against CO₂ emissions of the taxation of Benefit in Kind payments for company cars, which were further revised downwards in 2012 and subsequently continue to incentivise the purchase of the lowest-emitting cars.

T&E added that Germany, the largest European car market with almost 3m new cars registered in 2013, does not have a significant car registration tax. Annual circulation taxes in Germany are so weakly graduated according to CO2 emissions (a linear €2/g/km above a given threshold) as to have little or no effect on consumer choice. The benefit-in-kind for a company car, at 12% of the car price per year, constitutes a huge subsidy, and is not differentiated for CO₂.

Greg Archer, clean vehicles manager at T&E, said: ‘This report shows that effective vehicle and fuel taxes can drive the market for lower carbon, fuel efficient vehicles and avoid the air pollution caused by high number of diesels. By graduating company car and registration taxes strongly with CO2 emissions and taxing diesel vehicles and fuel at a higher level than gasoline cars both CO2 and air pollution emissions can be sharply reduced.’