California has tightened its income caps for residents to receive purchase incentives on electric vehicles, while increasing support for low-income households to buy them. 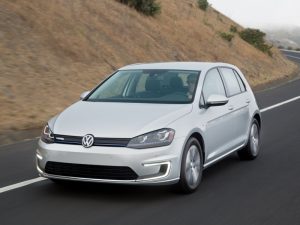 The Clean Vehicle Rebate Program has been a core part of making California a leading market for EVs.

The Clean Vehicle Rebate Program (CVRP) was revised to include income assessment at the end of March 2016. Until that point, it offered all residents a $5,000 rebate against a fuel cell vehicle, $2,500 off an electric car, $1,500 off a plug-in hybrid and $900 off an electric motorcycle, on top of the $7,500 federal tax credit.

From the 1st of November, the $1,500 additional top-up for households earning up to three times the federal poverty level – a sliding scale depending on the number of occupants – will be increased to $2,000. It means eligible residents will be able to claim $12,000 off the purchase price of an electric car.

Launched in 2010, the CVRP has been an important part of making California the United States’ biggest market for electric vehicles. Over $335m in rebates have been issued since, for 157,300 vehicles, according to the Centre for Sustainable Energy, which oversees the programme.