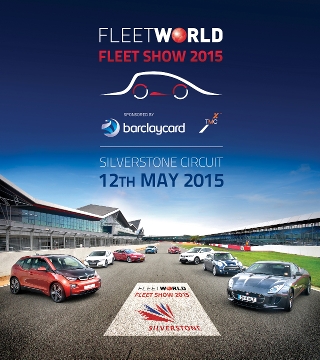 Next year’s Show on 12 May at the world-famous Grand Prix circuit and exhibition centre sold out last week, prompting organizers to create an additional mezzanine area in hall three, available on a first-come, first served basis.

This additional area, too, is fast disappearing as exhibitors clamour to attend the most talked about and highly rated event in the UK fleet market.

Virtually all the 2014 exhibitors have now confirmed that they will be attending again next May. And more than 20 new exhibitors – including vehicle manufacturers, leasing companies and fleet service providers – have already signed up for the event.

Event organiser Jerry Ramsdale said: 'After selling out next year’s Show, we have made additional space available in hall three to cope with the extra demand, on a first come, first served basis – and that too is going fast.

'Anyone who wants to exhibit at Silverstone next May needs to get in touch as soon as possible to guarantee a space. Demand has been overwhelming, following the outstanding success of this year’s event which saw record numbers of high-quality visitors.

'We have had numerous enquiries, confirmed bookings and now a waiting list of companies wanting to share in the Show’s success. And there is still six months to go!'

The sell-out Show, where emphasis is placed on face-to-face meetings and networking, will include a huge array of features of interest for fleet decision-makers as it looks to build on its outstanding performance this year.

Plans for the 2015 event include test driving on three circuits of the world-famous Silverstone Grand Prix venue, off-road driving on the 4×4 course, plus a local road route.

With a host of major new car launches, including electric and hybrid powered vehicles, organisers are expecting test drives to be up by 20% on this year’s record total.

At the same time, halls 1-3 of the main Silverstone Wing will accommodate a wide array of exhibitors keen to demonstrate some of the latest developments, products and services in the fleet arena.

There will also beanother programme of fleet management workshops, run by actively serving fleet managers. This was a feature of this year’s Show and tackled issues including fleet policy, risk management, driver training and environmental management.

And a new feature of next year’s Show will be a programme of workshops aimed specifically at delegates from the contract hire and leasing industry and focused on areas of interest to them.

This year’s Show attracted a record attendance up 40% on 2013 and drew a wide range of tributes from vehicle manufacturers, leasing companies and fleet service providers, many of whom described it as the ‘most successful Fleet Show ever’.

For more details of the Fleet World Fleet Show 2015, sponsored by Barclaycard in association with TMC, please visithttp://www.thefleetshow.co.uk/ or phone 01727 739160.