Fastned is expanding its fast charging network to Belgium with the announcement that it’s been granted permits to 13 motorway locations in Belgium. 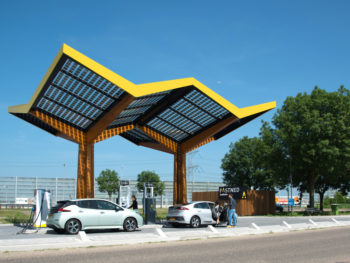 The new stations will be amongst Fastned’s first in Belgium and join its existing 114-strong network, covering the Netherlands, Germany and the UK

One out of six Belgians say they are considering buying an electric car within three years and the new stations, part of a partnership with Flemish road agency Agentschap Wegen & Verkeer (AWV), will be built on existing parking areas directly along the major highways in Flanders in the provinces of Limburg, Vlaams-Brabant and Antwerp. The stations will provide charging rates up to 350kW with 100% renewable electricity.

The new stations will be amongst Fastned’s first in Belgium, following the opening of another, yet-to-be-announced location around the beginning of Q2 2020. The network currently has 114 stations operational in the Netherlands, Germany and the United Kingdom.

Michiel Langezaal, CEO Fastned, said: “We are very happy that we will be building fast charging stations directly along highways in Belgium. This fits our mission perfectly, namely to give freedom to the electric driver and accelerate the transition to electric mobility. Our goal is a European network of fast charging stations where all electric cars can charge and with these locations we are one step closer.”

Previous: Ambitious actions on transport needed for a Net Zero Scotland
Next: Power used to cook Christmas turkeys in Britain could send an EV 10,000 times round the world