New data revealing the key motivators for EV drivers, and their thoughts on charging, the infrastructure and the future of e-mobility, is now available from NewMotion. 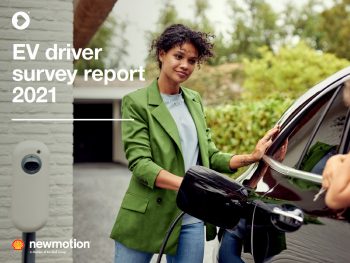 The NewMotion EV Driver Survey Report says early adopters are often willing to put up with inconvenience for the sake of their passion, but today’s new EV adopters may be less forgiving

Said to be the largest research programme of its kind, the NewMotion EV Driver Survey Report 2021 spoke to more than 10,000 EV drivers across Belgium, France, Germany, the Netherlands and the UK, gathering real-world data on key questions for stakeholders in the EV and charging sectors.

Areas covered range from attitudes to public charging networks, through to expectations for the future of the segment, and onto the changes that EVs have on driving behaviours.

The research uncovered a broad range of respondents. Two-thirds were aged 25-54, in the central section of their working lives. Drivers in the UK were particularly young, with 16% of them under 25, while Belgium had the strongest take-up among over-65s, at 17%.

As such, the research says it may no longer make sense to think in terms of a single ‘average’ EV driver.

When asked what three changes would most improve the charging experience, better availability of public charge points came out strongly overall, with 48% choosing it – and 43% in the UK. This was beaten on average by faster charging, which was at the top of the list for 52% of drivers overall but only 41% for the UK.

These two improvements are by far most popular: next on the list is charge point interoperability, with 36% wanting a single charge card for every public charge point (28% in the UK).

According to the research, businesses across Europe still have a way to go in supporting their employees transition to e-mobility, with the need to invest in more charging infrastructure greater than ever before. Netherlands (50%) and the UK (44%) lead the way in workplace charge point availability, closely followed by France (38%) and Belgium (38%), while Germany remains the lowest at 32% – the figure across all markets is 38%.

A total of 15% have neither personal nor workplace charge points, requiring them to use alternative solutions such as plugging into a standard socket or taking advantage of on-street and other on-the-go charging options. When it comes to charging on the go, 22% are doing this more than they thought they would. On-street charge points are the most popular option for this, being used by 62% of drivers overall and 47% in the UK, followed by parking garages and shopping and leisure destinations, at 46% each overall and 45% in the UK. On-street is particularly prevalent in Germany, where it’s used 79% of drivers, while the UK and France have the joint-highest rate of not charging on-the-go at all, at 10%.

The research also found that drivers are increasingly choosing electric vehicles for eco reasons rather than financial; a total of 58% of drivers across all markets said they had opted for an EV for sustainability reasons versus 34% for financial reasons.

Interestingly, the gap between the two was closer in France and the UK; in both markets 31% of respondents said eco reasons ranked highest, with 21% of French EV drivers selecting financial reasons and 18% of UK drivers; in the case of the latter, the current Benefit-in-Kind incentives are likely to play a strong role.

For on-the-go charging, most need multiple charge cards to get the job done; 59% of respondents need to carry multiple cards. In the UK, nearly half (45%) of EV drivers have two or more cards. So it is not surprising that there is a huge desire among EV drivers for network interoperability.

Multiple card ownership has, however, declined year-on-year – in fact six in 10 UK drivers say their main charge card gives them access to all of the charging locations they need. With even more interoperability agreements in the future, this should only improve further.

Commenting on the findings, Melanie Lane, CEO of NewMotion, said: “In this year’s EV Driver Survey, a new profile of EV driver has emerged. These drivers believe that e-mobility is the future, but better access to charging infrastructure remains crucial for the next stage of EV adoption. We’re pleased to see that there is a high willingness for smart charging, since this plays an important role in making the switch to electric. It was also widely recognised amongst respondents that using renewable energy is vital to reach the smarter, cleaner future for which we strive.”