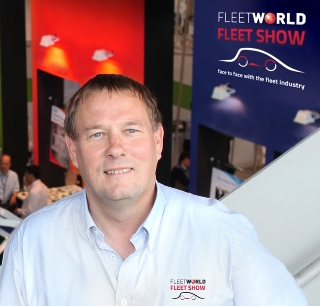 This year’s event, on Tuesday 12 May and sponsored by Barclaycard in association with TMC, will see the morning devoted to workshop-style, interactive and informal training sessions, held in the seminar theatre in the Silverstone Wing.

Each session will be chaired by Dennis Dugen, car fleet and employee benefits manager for professional consultancy WSP UK, one of last year’s presenters.

Last year’s informal, educational approach marked a radical change from the seminar programme of previous years and was hugely popular, attracting large audiences for each session.

This year, each workshop will be presented by two or three fleet managers and will last approximately 30 minutes. As before, audience participation at all sessions will be actively encouraged.

There will also be a number of other presentations taking part during the day, including a new programme of workshops aimed specifically at delegates from the contract hire and leasing industry, specifically tackling areas of interest to them. Details will be announced in due course

Fleet Show organiser Jerry Ramsdale commented: ‘We are again placing a large emphasis on fleet training and education at this year’s Fleet Show at Silverstone.

‘And we are again very grateful to our practising fleet managers for helping us put on these informative, interactive workshop-style training sessions. Our fleet experts will cover a number of key topics that are sure to be of interest to anyone running a fleet of vehicles.

‘Fleet is somewhere you never stop learning and it is our intention to make these sessions as interactive as possible so that everyone derives the maximum benefit from attending.

‘Our intention is to again provide an event that will include plenty of educational content alongside the exhibition, networking and driving side of the Show. This balance gives the event the legitimacy for senior fleet decision-makers to justify a whole day out of the office,’ he said.

Plans for the event in May are well-advanced and include test driving on three circuits of the world-famous Silverstone Grand Prix venue, plus off-road driving on the 4×4 course. A host of major new car launches, with a special emphasis on electric and hybrid powered vehicles, look set to be a major attraction for fleet decision-makers.

Organisers are expecting test drives to increase by 20% over last year’s Show, which itself featured a record number of drives.

In addition to the top-notch, high calibre driving experience the Show offers, halls 1-3 of the state-of-the-art Silverstone Wing will accommodate a wide array of exhibitors demonstrating some of the latest developments, products and services in the fleet arena.

This will again provide Show visitors with the chance to hold face-to-face meetings and network with exhibitors and other visitors alike.

This year’s Show sold-out its existing footprint before Christmas, prompting organisers to make additional space available in hall three to cope with the extra demand, on a first come, first served basis.

Jerry Ramsdale added: ‘Anyone who wants to exhibit at Silverstone in May needs to get in touch as soon as possible to guarantee a space. Demand has been overwhelming, following the outstanding success of last year’s event which saw record numbers of high-quality visitors.’

For more details of the Fleet World Fleet Show 2015, sponsored by Barclaycard in association with TMC, please visit http://www.thefleetshow.co.uk/ or phone 01727 739160.