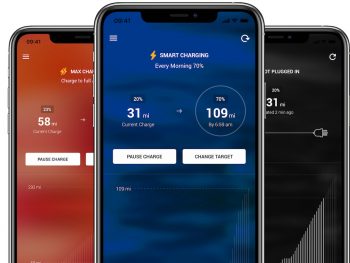 It works with any manufacturer’s cable, meaning EV owners using ‘dumb chargers’ can still gain the benefits of smart technology and optimise control and visibility over charging and costs.

There is no need for additional hardware, the app communicates directly with the car. But when combined with the Ohme smart charger, it connects to Ohme’s energy intelligence platform, providing greater insights.

It will initially support Tesla vehicles, before rolling out to at least three other manufacturers in the coming weeks.

The app is central to Ohme’s ambition to further expand its European footprint in 2021. The firm is also working on a Park and Charge solution, which is due to be announced in the coming months.

David Watson, CEO of Ohme, said: “The two biggest short-term obstacles to EV adoption are cost and energy capacity. While prices of EVs are falling, they won’t be as affordable as petrol vehicles for a few years. Meanwhile, our energy grids were not designed to support millions of future EVs, and will not be able to cope unless energy demand is carefully managed in the future.

“Ohme App demonstrates how a single, smart solution can meet both challenges head-on. By taking advantage of time-of-use tariffs, we can help drivers make significant savings on the cost of charging their vehicles. This also benefits energy operators by spreading demand more intelligently, and providing crucial insights to help them future-proof the grid.”