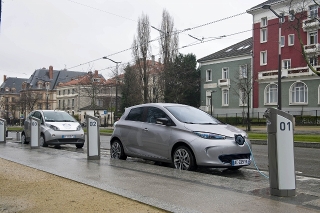 Speaking with Le Parisien, Ségolène Royal,France’s Minister for Ecology, Sustainable Development and Energy, said the country had joined the fight against air pollution too late, and that 60% of its inhabitants are now living in areas of poor air quality.

By the summer, France will introduce a certification system to easily identify vehicles which are bad for air quality, and ongoing plans will roll out a clearly signposted, standardised network of seven million charging points nationwide. These will be mandatory in large car parks and transport hubs.