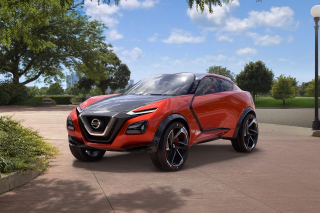 Speaking to the media at the New York Intenrational Auto Show last week, Ghosn said the Renault-Nissan Alliance was seeking segments where it would effectively reduce CO2 emissions, rather than just showcasing the technology.

“We’re giving priority to the mass market, that’s why we started with the LEAF, with ZOE, with Kangoo with e-NV200,” he said. “We’re concentrating on lowering the cost, increasing the autonomy and massifying the assets we have. With the trend of crossovers becoming much more popular, it would be logical you would have a crossover which would be electrified.”

Ghosn didn’t confirm which size of vehicle would receive it first, but the company showed a Juke-sized concept called the Gripz at the Frankfurt Motor Show last year – likely to preview the next generation of the compact SUV – which featured a range-extended electric drivetrain with a compact petrol engine. A range-extended electric Juke would put the technology in a high volume, and growing, segment.

Bringing that drivetrain to production would address one of the main barriers Renault-Nissan has experienced with EV sales to date. “We probably underestimated the reluctance of consumer to move into EV due to lack of infrastructure,” said Ghosn. “We are seeing this as being the main obstacle for people finally making the decision. And also the costs need to come down, and be much more competitive than today.”