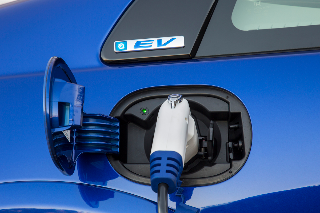 Speaking in a web-broadcast press conference from Japan today, president and CEO Takahiro Hachigo said plug-in hybrids would be “at the core” of its global electrification strategy, introduced in stages across its biggest-selling products.

This will begin with a new plug-in hybrid for the American market in 2018, likely to be a new version of the Accord, which had offered this technology until last summer. As the next Accord will share its platform with the CR-V, a plug-in hybrid version of Honda’s large SUV is also likely given global demand for products such as the Mitsubishi Outlander PHEV.

Electric and hydrogen fuel cell technology will also play a growing role, he added. The Clarity FCV will get its European debut at the Geneva Motor Show next month, as sales in Japan begin in March, and will launch in selected markets globally by the end of the year.

By the end of the decade, the company will have launched its next-generaiton fuel cell system, co-developed with General Motors. It is also developing an electric version of the Cub motorcycle for ASEAN countries, but there is no launch date planned for this as yet.

“We aim to realise two thirds of overall unit sales to come from plug-in hybrid hybrid and zero emission vehicles by 2030,” he said.