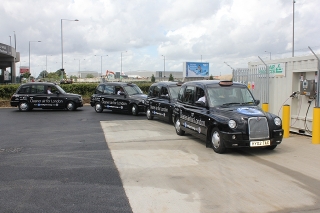 Formed of 16 member organisations from five different countries in Europe, HyTEC aims to explore how hydrogen technology can be rolled out across Europe as an alternative to the use of fossil fuels. The consortium has produced a 'Best Practice Guide' for cities and regions that have an interest in becoming early adopter areas for hydrogen transport, created using first-hand accounts of end-users and organisations involved in the trial.

HyTEC is co-funded by leading transport and infrastructure companies and the European Commission’s Fuel Cell Hydrogen Joint Undertaking to trial and develop energy efficient transport solutions. It was set up to create new European hydrogen passenger vehicle deployment centres in London and Copenhagen and also to link the new and existing fuel cell vehicle demonstration projects across Europe, including a small fleet of passenger cars deployed in Oslo.

At the conference, speakers claimed that hydrogen fuel cell vehicles can present a real and viable alternative to those powered by petrol or diesel, offering zero emissions at the point of use. The consortium argued that in an urban environment the deployment of such technology can have a clear and demonstrable contribution to improved air quality and public health.

A key objective was to understand how best to develop infrastructure networks, including the rollout of hydrogen fuelling infrastructure around key cities. There was a particularly focus on strategic clustering to encourage the sustained growth of the hydrogen transport sector, and the consortium stressed the high importance of ongoing financial support for the extension of the hydrogen refuelling network.

Trials of hydrogen fuel cell vehicles took place in London, Copenhagen and Oslo during the four-year demonstration period. Hydrogen-fuelled taxis were deployed to transport VIPs to various stadiums around the city during the London 2012 Olympic Games, and two Hyundai ix35 FCEVs fuel cell passenger cars were used by Transport for London for staff of London Bus Services Ltd (LBSL) for field based activities.

Anecdotal evidence collected by the consortium was largely positive, with 80% of drivers involved in the Copenhagen trial stating that had preferred driving the alternatively-fuelled vehicles to traditionally-fuelled passenger cars.

We will look in more detail at the results from individual projects in future articles.

For more information about the HyTEC project, visit: http://hy-tec.eu/