More than 30 private sector companies in New Zealand have committed to switching at least a third of their fleet to electric vehicles by 2019 – set to increase the country’s EV parc by 75%. 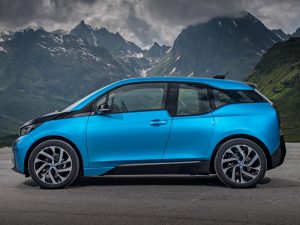 The initiative is being run by Air New Zealand and Mercury, supported by Westpac, and is set to introduce more than 1,450 vehicles within three years, removing up to three million kilograms of carbon emissions annually.

The 33 organisations involved include vehicle and electric component manufacturers, leasing, software, banking and communications companies, all of whom have signed up to at least a 30% electric fleet, where possible.

Air New Zealand is already converting 75% of its ground fleet to electric models: “We knew other business leaders were interested in the potential of electric vehicles, both from an environmental and commercial standpoint,” said Chief Executive Officer, Christopher Luxon. “We wanted to get the business community together to lead the way on EVs and create the critical mass of demand necessary to really launch the market in New Zealand.”

Chief Executive, Fraser Whineray of Mercury, which will have a 70% plug-in fleet by 2018 having introduced its first ones over five years ago, added: “New Zealanders are already on this journey with over half of all EVs in this country owned privately. Today’s commitment by business is significant both in showing leadership and because these cars will end up in the second-hand market, where most Kiwis buy their cars.”

Westpac Chief Executive, David McLean, said: “We’ve started a trial of EVs and we’re committed to building this out across our fleet over the next few years and have undertaken to transition to 80 electric vehicles by 2019. Being a good corporate citizen is not just about the decisions that organisations make about their own business but about taking a broader leadership position.”