The Liberal Democrats have pledged to ban the sale of diesel cars and small vans in the UK by 2025, with tax reforms to encourage plug-in vehicles, according to their 2017 manifesto released today. 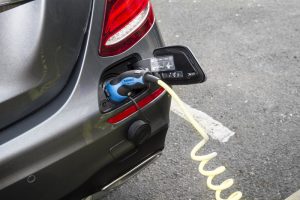 The manifesto pledges support for plug-in vehicles and charging infrastructure.

Revealed as part of the party’s environmental plans, the manifesto outlines a ‘Green Transport Act’ and ‘Air Quality Plan’ aimed at curbing premature deaths from exhaust fumes – an issue it says the government has failed to address adequately.

This proposes tax reforms aimed at improving the uptake of ‘electric and low-emission’ vehicles, with scrappage schemes for older diesels and a total ban on diesel cars and small vans by 2025. Support for charging infrastructure is also mentioned.

The manifesto also pledges a five-year deadline for all private hire vehicles and buses operating in urban areas to be ultra-low emission or electric vehicles, and extension of ‘Ultra-Low Emission Zones to ten more towns and cities.

“Air pollution in the UK is a killer,” the document said. “It contributes to 40,000 premature deaths a year and costs the NHS £15 billion. This year, London exceeded its annual air pollution target in just five days. The government has failed time and again to comply with EU limits on pollution.”