The ability for on-street pop-up charging hubs to address issues with urban charging has been revealed in a new trial carried out in Oxford. 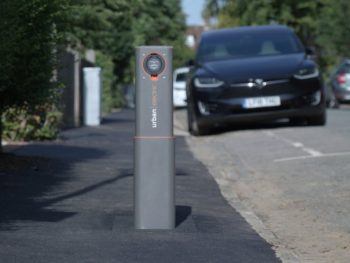 While it’s assumed that the majority of electric vehicle drivers will charge their vehicles overnight, research indicates that 43% of UK households do not have access to off-street parking, making alternative solutions a necessity for such drivers to adopt EVs.

A new trial has shown how on-street pop-up charging hubs could solve this issue.

Developed by British EV charging startup Urban Electric Networks, the hubs are designed primarily for convenient overnight kerbside charging, when cars are parked for 12 hours or more in the street where people live.

The app-operated charge points deliver 7kW at each socket and retract fully underground when not in use, leaving pavements unobstructed compared to traditional charging posts. In addition, no special charging cable or equipment is required to operate the posts.

In the trial in Oxford, conducted in association with Oxford City Council and other organisations, respondents scored the chargers 4.3 out of 5 when asked if they would recommend them to family or a friend. Overall the responses showed the importance of access to on-street charging.

Joanna Spencer, one of the trial participants, said: “A truly innovative idea, the Urban Electric hub is completely discreet and makes the business of charging really stress free and convenient. I hope pop-up chargers become standard in every street.”

Urban Electric cofounder Olivier Freeling-Wilkinson said: “We were delighted to learn that all residents – not just EV drivers – were ‘very happy’ with the installation of a charging hub on their street, validating the pop-up hub concept as a breakthrough in on-street charging for electric vehicles.”