Majority of EV drivers could survive on a weekly charge, says Tusker

The vast majority of electric car drivers could cover their weekly mileage on a single charge, according to latest Tusker data. 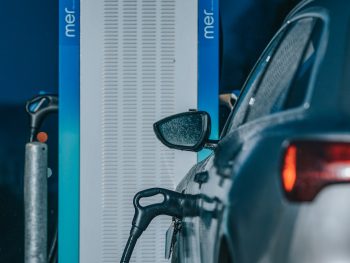 85% of electric car drivers could cover their weekly mileage on a single charge, according to Tusker

A survey of more than 500 customers at the salary sacrifice car benefits provider found that 85% of drivers drove less than 200 miles each week for business and leisure.

To put this into perspective, the current average range of the 41 electric models (and 230 derivatives) available from Tusker is 231 miles; meaning most drivers could survive on a single weekly charge.

Reinforcing the trend, a survey of more than 1,400 non-Tusker drivers found 82% admitted to covering less than 200 miles per week; figures which have remained static for two successive years.

And while around 7% of drivers in the Tusker research said they drove more than 300 miles weekly, this mileage could still be covered by a single charge in a variety of models, including the VW ID.4, Škoda Enyaq, Audi e-Tron, Hyundai Kona and the Tesla model range.

Paul Gilshan, Tusker’s CEO, commented: “With the majority of new models offering a range of over 250 miles, drivers are less concerned about range. In fact ‘range anxiety’ has moved to ‘range awareness’ as many drivers realise they can cover their weekly miles on one charge.

“Consequently 83% of drivers surveyed are now considering an electric car for their next vehicle, a rise from 74% in 2020,” he said.

Prompted by the ongoing arrival of longer-range EVs, 63% of drivers now say they are fairly or very interested in considering a zero-emission car on salary sacrifice.

Awareness of the financial benefits of salary sacrifice is also on the rise; 69% of survey respondents said they knew about the savings of the salary sacrifice mechanism, a rise from 57% in the 2020 survey.

Tusker itself continues to see rapid take-up of EVs among its customer drivers; 33% of its audience now drive an EV compared with 5% in 2020’s survey.

“Salary sacrifice is playing its part in speeding up the move to electric cars for employees across the country,” said Gilshan.