Mercedes-Benz is rolling out its third-generation plug-in hybrid technology to the A and B-Class line-ups as part of its EQ Power range. 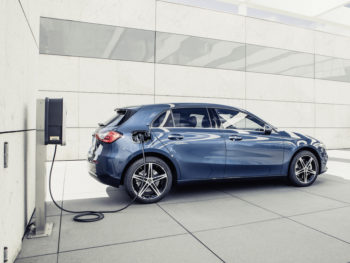 Developed as part of plans to extend Mercedes’ plug-in hybrid offering to more than 20 model variants by 2020, the A 250e and B 250e feature a drivetrain teaming up a 75kW motor with a 1.3-litre four-cylinder petrol, giving an output of 218hp and 450Nm.

The 15.6kWh lithium-ion battery, supplied by Daimler subsidiary Deutsche Accumotive, is located under the rear seats, bringing a claimed minimal reduction in boot capacity although figures have not been released, and can be charged using AC and DC chargers direct.

Making a first for a Mercedes-Benz vehicle, the combustion engine is started by the electric motor – the plug-in hybrids do not have a separate 12-volt starter.

Other features include pre-entry climate control, which can also be activated via smartphone.