NEVS to drop Saab brand from its future EVs

NEVS, the Chinese-Swedish consortium which owns Saab Cars, is to drop the Saab brand from its future models, aiming to be recognised in its own right. 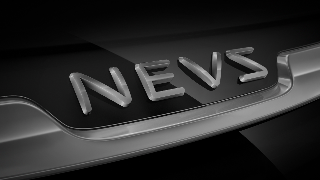 The company, an acronym of National Electric Vehicle Sweden, acquired most of the assets of bankrupt carmaker Saab in 2012, but not access to all of its technology, some of which was and still is owned by General Motors.

Since then, NEVS has produced petrol and electric versions of the Saab 9-3 in small volumes ahead of full-scale manufacturing scheduled for 2017. Four additional electric vehicles are also under development, including two crossovers and an executive car.

All five models will now be sold under the NEVS brand, not as Saabs, with plans to offer them globally, starting with China.

Mattias Bergman, President of NEVs, said: “With sincere respect to our history and heritage, we want to be recognized as ourselves – A sustainable mobility solutions provider who are committed to the environment with a focused growth plan with its own brand as a corner stone.”

Saab Parts AB, which was not included in the sale, and Saab AB, the carmaker’s former parent company, are both separate from NEVS and are unaffected.