The AA is promoting its newly launched car leasing solution as an ‘accessible way’ into the electric vehicle market to help drivers avoid London ULEZ and other Clean Air Zone charges. 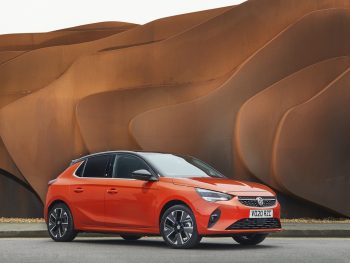 An electric Vauxhall Corsa-e is available from £400 per month, or £13.15 per day, on the AA Smart Lease scheme

Announced last month, the AA Smart Lease scheme is being offered in partnership with LeasePlan and offers customers inclusive car leases which cover the cost of insurance, servicing, maintenance and tyres. This means the customer can drive an electric or hybrid car without a deposit.

Cars can be leased for similar daily costs to the London ULEZ charge. An electric Vauxhall Corsa-e is available from £400 per month, or £13.15 per day.

The scheme also offers CAZ-compliant petrols and diesels too. A petrol Corsa is available from £290 per month, or some £9.53 a day, but won’t benefit from the electric Corsa-e model’s fuel savings in operation.

The daily figures compare with the £12.50 daily charge for the London ULEZ and the £8 daily charge planned for non-compliant cars for the Birmingham Clean Air Zone when it launches in June 2021.

The AA scheme is aimed at members and will offer home deliveries of cars during the current lockdown restrictions. It will also provide customers with of mind through lockdown of a ‘life event’ break clause, which means they can stop their lease if, for example, they lose their job.

Edmund King, AA president, said: “Later this year, millions of drivers in London will find themselves on the wrong side of the road when the ULEZ scheme is expanded. There is a very real risk that many people who rely on their car for essential journeys will be priced off the road.

“With the whole country back in lockdown, this is likely to have an even bigger impact than previously thought as more people will be trying to avoid public transport by using private cars.

“For those drivers who were already considering the switch to electric, being able to lease one which includes the insurance, service and repairs, for a similar cost to paying the charge, could be a lifeline. It enables them to dip their toe into running an electric car, without any upfront costs, – as well as helping improve air quality.”