A new UK government-backed app is to launch, helping to help jump-start the billions of pounds of investment needed to stop rolling brownouts happening when EVs dominate the roads. 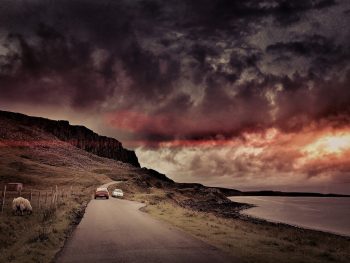 According to global innovation service provider Zühlke, there are many pinch-points around the UK where the demand for electricity from cars, combined with poor infrastructure, will soon cause the Grid to fail.

It says that so far, the only region to attempt to identify them is northern Scotland – but there are thousands of such places around the UK.

Without anyone attempting to identify them – or start on the investment needed to overcome the problem – new entrants to the UK power market (for instance in solar, wind, charging points etc) are being deterred because it is hard them get the right sort of information to make investment cases, causing a huge potential problem for the government’s plans for all new cars to be electric by 2030.

Yet Zühlke’s forthcoming app will tackle this. The business was one of nine successful winners for a government award to encourage innovative digital energy data projects; it’s being awarded some £150k from the UK Research and Innovation for its app, which will provide green investors with data, models and insights that it is hard for outsiders to the UK electricity sector to acquire.

The new app will show the specific location where investment is needed, whether for green generation, charging points, battery storage and other new infrastructure; it will start with the Highlands of Scotland and move on to cover the rest of the UK in future stages.

Dan Klein, director solutions centre for Zühlke UK, said: “The demand for electricity across the UK will quickly go through the roof through with the impending arrival of millions of electric cars, but the infrastructure is just not there to deal with their owners simultaneously charging-up at home and out-and-about around the country.

“This app, which will start with the Highlands of Scotland and move on to cover the rest of the UK in future stages, is squarely aimed at helping potential investors quickly identify the specific location where investment is needed, whether for green generation, charging points, battery storage and other new infrastructure.

“Currently this information is hard for people outside the large power suppliers to acquire.  This app brings it all together and also models it, providing a thorough basis for initial analysis and subsequent detailed research by new entrants to the UK electricity market.”

Zühlke UK is asking for volunteers to participate in its user research. For more details, please contact [email protected]

Previous: Volvo, Uber and Vattenfall in open call for EU to end petrol and diesel car sales by 2035
Next: Vattenfall to fund fleets’ charging tech under Power-as-a-Service model