A new public sector dynamic purchasing system (DPS) designed to enable the purchase of alternative fuel vehicles on a larger scale than ever before has gone live. 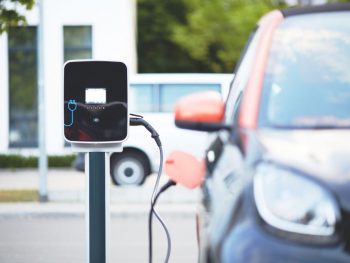 The DPS covers a range of vehicles, including vans and access to car club/share providers, as well as ambulances, road sweepers, e-scooters and e-bikes

Announced in February, the DPS has been launched by YPO, one of the UK’s largest public sector buying organisations, so that the public sector can keep up with the national shift away from petrol and diesel, in line with technological advances in the alternative fuel industry.

Operating a DPS rather than a procurement framework allows local authorities, blue light and education sectors to acquire the latest vehicle technology as it comes to market and also benefit from greater procurement flexibility.

Now open to fleets, the DPS has an estimated value of £bn, with 32 suppliers currently available and more due to be added during the life of the framework.

As well as fully electric vehicles, there is a selection of vehicles which run on alternative fuels such as biomethane, hydrogen, and liquefied petroleum gas (LPG).

Gavin Rimmington, head of public sector at YPO, said: “We are pleased to have officially opened up the DPS to the public sector and are proud to be offering a compliant route for organisations to invest in alternatively fuelled vehicles on the scale that is needed to make a difference to reducing emissions in our communities.

“The range and depth of suppliers accessible through the system is excellent, and we’re proud to be able to make them so readily available to the organisations that need them.”

Previous: Collaboration essential for mass global e-mobility transition
Next: Yorkshire Fleet to transition customers to EVs with help of ODO