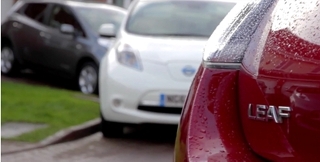 Carried out by Cambridge Econometrics on behalf of the European Climate Foundation, the report on "Fuelling Britain's Future” finds that efforts to tackle carbon emissions and clean up urban air pollution will bring about significant savings for drivers.

According to the study, by 2030, fuelling the average new low-carbon car could be £600 cheaper per year than for the average car today. The average electric car could deliver even bigger savings in annual energy costs, worth around £960.

Jerry Hardcastle OBE, global chief marketability engineer at Nissan, said: "The report clearly demonstrates how battery electric vehicles will continue to positively contribute to the UK economy. Beyond the jobs that we have created in Sunderland around the production of the Nissan LEAF electric car there will further developments in the products and services that support zero emissions mobility. Over time it is becoming clear that each battery EV is an investment in public health as it will also enable the necessary air quality improvements in urban environments.”