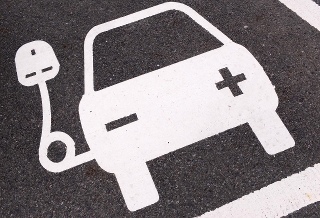 The two companies have suggested that, with 9,000 charging points, British roads need universal symbols to show standard and rapid charger locations nearby, and they are hoping to encourage the Department for Transport and Office for Low Emission Vehicles to take action.

Jim Wright, Managing Director of Nissan Motor (GB) Ltd, said: “At Nissan we believe that all electric driving offers a number of benefits to UK motorists and should be made accessible to all. That is why we have partnered with Ecotricity to call on the new Government to give electric vehicles the prominence they now deserve and introduce official signage for charging points across the UK.”

The Electric Highway, which now includes 250 rapid charge locations at service stations and Ikea stores throughout the UK, is already providing enough energy for over a million miles of electric driving each month, with 20,000 members signed up for free access, Ecotricity said.

Ecotricity founder Dale Vince said: “It’s time to introduce charging point road signs in Britain – they’ll provide necessary direction for the thousands of electric car drivers in Britain as well as increasing public awareness that the infrastructure is ready for them to make the move to an electric car.”