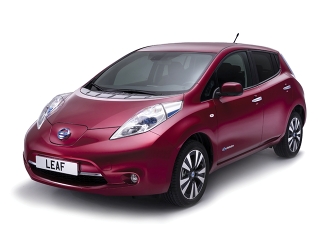 Analysis of DVLA data by the RAC Foundation shows that at the end of 2014 there were 6,838 Nissan Leafs licensed in the UK.

The Mitsubishi Outlander Plug-in Hybrid – which only went on sale in 2014 – is the second most common model with 5,273 cars licensed.

However, although sales of AFVs are fast accelerating, vehicles licensed and eligible for the plug-in car and van grants still only account for around 0.06% of the total 30.5 million cars licensed in the UK.

Professor Stephen Glaister, director of the RAC Foundation, said: “After a slower start than ministers hoped for sales of the greenest cars are accelerating fast, but it is illuminating to see which manufacturers are benefitting.

“These numbers tell at least two stories. One is the steady sales resilience of the Nissan LEAF, which has been available under the government’s grant scheme for four years. The other is the success of the Mitsubishi Outlander of which about 5,000 were sold in its first 12 months on the market.

“We have always argued that sales of ultra-low carbon vehicles will really take off when they are priced as attractively as similar petrol and diesel models. This seems to be what has happened with the Outlander which is also attractive because of the low company car tax it attracts.

“What the numbers don’t reveal is the profitability of ultra-green cars for manufacturers or how hard each firm is pushing their products.

“But overall the market is growing rapidly. The latest industry figures show one in 86 cars sold in the UK in the first quarter of 2015 was a plug-in vehicle of some kind.

“These figures are encouraging but we need to retain some perspective. These vehicles remain a rarity on the road at about 1 out of every 1,400 cars being driven.”