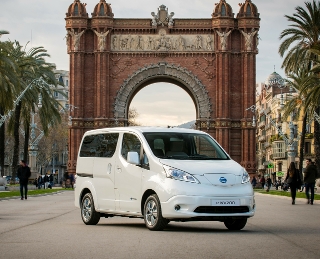 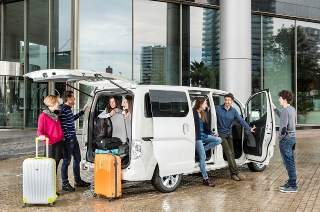 Billed as the world’s first pure electric seven seater, the new model arrives from next month and is priced from £19,895 (incorporating the Government Plug-In Car Grant) with the Nissan Flex battery leasing option, and from £23,400 (inc PiCG) for those purchasing outright.

The seven-seat version of the e-NV200 comes with two additional full-size seats to the rear of the vehicle, which can be folded and stowed. Boot space with all seats in situ is 870 litres, rising to 2,940 with second and third-row seats folded away.

Nissan said that the launch of the seven-seat version fills a gap in the market for an electric vehicle (EV) capable of accommodating larger groups of people.

The model is powered by the same electric powertrain from the Nissan Leaf and offers an electric range of 106 miles on a full charge.

At the same time, the e-NV200 line-up will also gain a new range-topping ‘Evalia’ trim available in five and seven seat form and offering features such as automatic lights and wipers, cruise control, steering-wheel mounted controls, privacy glass and a reversing camera.