North Yorkshire County Council (NYCC) has published its draft Air Quality Strategy, which aims to protect and improve air quality in the county through a range of measures over the 2020-2045 period, including support for electric vehicle take-up. 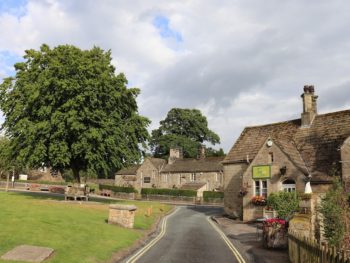 Sitting alongside the existing NYCC Local Transport Plan 2016-2045, the draft Air Quality Strategy, currently under consultation, sets out that, in terms of human health concerns the vast majority of North Yorkshire has excellent air quality standards, particularly in remote and rural areas. It adds that there are, however, pockets of poor air quality, mainly focused in towns and along the road network including at busy road junctions and locations where there is traffic congestion and buildings close to a road resulting in vehicle emissions being trapped in a ‘canyon’ effect.

There are currently eight declared Air Quality Management Areas in North Yorkshire which breach or are likely to breach the annual mean air quality objectives, seven of which are primarily due to transport related emissions (nitrogen dioxide). However, NYCC is not one of the local authorities mandated to explore a Clean Air Zone and it’s not expected that this will change in the future, although the council will continue to monitor the situation as areas neighbouring North Yorkshire implement CAZS, with possible knock-on effects on the county.

The draft document has four key objectives, including supporting the use of Ultra Low Emission Vehicles (ULEVs) in North Yorkshire. Although it says the uptake of ULEVs in North Yorkshire has been increasing in recent years, the percentage of total licensed cars is still low at 1.3%. It does however note the need to recognise that ULEVs still contribute to traffic congestion and particulate matter pollution through braking and tyre wear.

It also acknowledges that compared to the rest of England the distribution of charge points in Yorkshire and the Humber is fairly sparse and lower than other regions. In North Yorkshire there are approximately 48 electric car charging sites with the majority located within Harrogate Borough, many of which are not open to the general public. As such, it says there is scope to increase the number of on and off-street charge points within North Yorkshire, but says there is a need to recognise the challenges facing the county in providing appropriate new charging infrastructure, including the more remote rural parts of the county where charge points are deemed less profitable but range anxiety could be a major issue.

As such, the council says it will investigate opportunities to pilot on-street EV charging infrastructure across the county while also exploring ways to provide charge points either at no cost to the council, at lower cost through partnership with other organisations such as rail operators, or by applying for grant funding available from the Office for Low Emission Vehicles (OLEV).

The council also identifies the need to support future demand from taxis for EV charging and to monitor future vehicle technologies such as hydrogen fuel cells. It also sets out plans to convert 90% of the NYCC fleet to Euro 6 standard by 2021 and 100% by 2025.

However, the council is also looking to encourage travel via more sustainable modes such as by public transport, walking or cycling for shorter journeys, and says it has plans to produce a new NYCC Active Travel strategy, which will complement the air quality strategy.

Cllr Don Mackenzie, North Yorkshire’s executive member for access, said: “This draft strategy provides an opportunity to set out the ways in which we will help to protect and improve outdoor air quality across North Yorkshire, for example, decreasing our reliance on cars by increasing use of public transport.

“By doing so, it is hoped the county will remain a special place for everyone to live, work and visit.”

The consultation is open until 16 March. For more details, click here.

Previous: Fleets given support with switch to ULEVs at free conference
Next: Plan now for 2035 new petrol and diesel car ban, fleets told