One in four drivers plan on an EV in next five years, finds Ofgem

Almost one in four (24%) consumers plan to buy an electric vehicle or plug-in hybrid in the next five years, but barriers still remain. 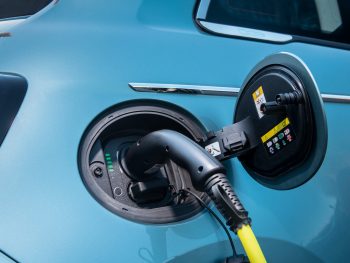 More than 6.5 million UK households are planning to buy electric vehicles as the 2030 ICE ban approaches

New research from Ofgem finds that more than 6.5 million UK households are planning to buy electric vehicles as the 2030 ICE ban approaches.

But more than a third (38%) said they were unlikely to get an electric vehicle in the next five years. This is due to perceived barriers like the price being too high (59%), a short battery life and/or short range (38%) and worries about having nowhere to charge their electric vehicle close to home (36%).

The research also find that those who own electric vehicles are more open to embracing changes in how they use their energy. For example, EV owners are three times more likely to say they are on a time of use tariff than non-owners.

And over half (60%) would consider smart charging of their vehicle to avoid times when electricity is most expensive.

Ofgem and the energy industry are working together to provide additional funding to increase electric vehicle charging points. It’s said it will announce millions of pounds of investment to create a more flexible energy system to support the electrification of vehicles, renewable generation and low carbon forms of heat.

The research by the energy industry regulator also revealed that three in four (74%) consumers realise that electricity generation and transport, such as fossil fuel power stations and exhaust emissions, play a big part in contributing to climate change.

But fewer consumers (60%) knew that domestic heating, like gas boilers, play a big part in contributing to climate change, although one in seven (14%) intend to install low carbon heating such as heat pumps.

The research has been published ahead of an Ofgem conference on Monday 24 May that marks the start of its ‘green, fair future’ campaign. This will see Ofgem work with international regulators to share and develop best practice to bring forward decarbonised energy systems in the run up to November’s COP26 climate change talks in Glasgow.

“Ofgem’s research chimes with our own which shows that a steadily increasing proportion of drivers plan to get a pure electric car next – 9% of all drivers, up from 6% in 2019 and just 3% a year earlier,” he said. “But we do know that up-front cost remains a barrier, which is why more than half of drivers (53%) would like to see VAT on zero-emissions cars either cut or abolished entirely, while 48% favour a scrappage scheme to make switching out of a conventionally powered vehicle more affordable.”