Oxford City Council has added the first electric vehicles to its fleet as part of a new project that will deliver a ‘world-first’ charging network to support widespread EV adoption. 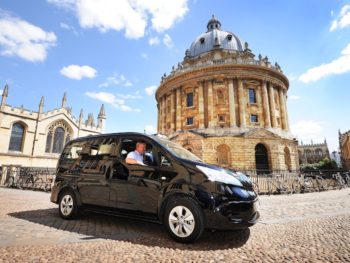 The council’s wholly-owned company, ODS, which operates like a social enterprise, has added six new EVs to its current fleet, with a further 27 due to be delivered over the next 3-4 months. It aims to electrify 25% of its 330 fleet by 2023.

The uptake of the vehicles is being supported by the Energy Superhub Oxford (ESO) project, which showcases an integrated approach to decarbonising power, heat and transport across the city.

The project is led by Oxford City Council and Pivot Power (acquired by EDF in November 2019) and includes Habitat Energy, Invinity Energy Systems (previously redT energy), Kensa Contracting and the University of Oxford.

The project allows the council to evaluate its existing fleet and assess its strategy for electrification based on usage, range, emissions, costs and suitable electric replacement.  The council is also installing 100 charge points to be installed for council vehicle depots and public use, including 50 charge points at Redbridge Park & Ride.

To support EV adoption and charging, Pivot Power is installing a charging network said to be the most powerful in the world, delivering up to 25MW of power via an 8km private wire network around the south of Oxford. It has capacity to expand with EV adoption and provide power for local businesses seeking to electrify their fleets, from logistics companies to bus operators.

Pivot Power is also developing a hybrid energy storage system, also said be the world’s most powerful and comprising a 50MW lithium-ion battery and a 2MW vanadium redox flow battery, supplied by Invinity Energy Systems, which will share the grid connection with the private wire network.

Councillor Tom Hayes, Cabinet Member for Zero Carbon Oxford, Oxford City Council, said: “Energy Superhub Oxford gives Oxford strengths that no other city currently has: the world’s most powerful charging network and the world’s largest-ever hybrid battery, and as a result we can accelerate our electric vehicle charging infrastructure for businesses and residents. It also allows the City Council to provide support on top of what we’re already offering to Hackney Carriage taxi drivers looking to move to electric. I am looking forward to seeing this project accelerate Oxford towards zero.”