Government plans to bring forward the current 2040 target on ending the sale of new petrol and diesel cars and vans could see the ban take effect from 2032. 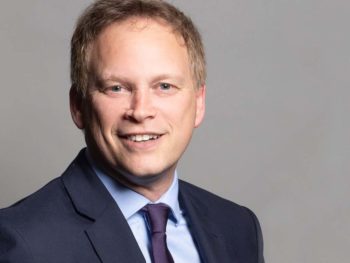 Although the Prime Minister revealed the plans last week, which have sparked concerns over potentially bringing the date for the ban brought forward to 2035 or even earlier if feasible subject to consultation, the BBC has now reported that the ban could be as early as 2032.

Transport Secretary Grant Shapps told BBC Radio 5 live the ban would happen by 2035 “or even 2032”, bringing England and Wales in line with the current 2032 target in Scotland.

It’s not just the date that’s also causing concerns, with the Department for Transport having also confirmed that hybrids, including plug-in hybrids, would be affected by the move. Speaking last week, a spokesperson said: “Plug-in hybrid vehicles are and will continue to be important in helping motorists make the switch to a cleaner and different way of powering their vehicles. However, they are not always driven in zero emission mode. As PHEVs are heavier than petrol or diesels, this can result in higher not lower levels of air pollution, carbon emissions and noise. Under the proposals we’re consulting on, the sale of new PHEVs would not be permitted after the phase-out date.”

There’s already been increased calls for the Government to provide details on the future of the Plug-in Grants; seen as vital in helping fleets and drivers make the switch to plug-in vehicles.

Now, the news of a possible 2032 deadline is adding to concerns over the Government moving the goalposts. Benjamin Hunt, motoring trade analyst at www.carwow.co.uk, said: “This morning’s comment by Mr Shapps, especially so soon after last week’s announcement of the deadline being pushed forward to 2035, adds to the widely speculated opinion that the Government is simply pulling numbers and dates out of thin air to keep up with other countries and their target of cutting emissions to net zero.

“It’s not exactly clear what the intentions of threatening a 2032 deadline might be, and whilst there is every chance that increasing consumer demand for EVs and a subsequent depreciation of traditional vehicles will see mass adoption to the technology in the coming years, this still seems a while off when analysing the general public’s opinion and attitudes.

“As it stands, the decision for customers to buy an EV car is currently based on the driver’s individual circumstance (budget, mileage, driving type, proximity to a charge zone like ULEZ, etc.) and at the moment no fuel type should be ruled out when making the right decision for your individual needs.”

It’s a view also held by the RAC. Spokesman Simon Williams said: “While the Government appears to be constantly moving the goalposts forward for ending the sale of new petrol, diesel and hybrid vehicles, drivers should not be worried about opting for a plug-in hybrid now. They are potentially the perfect stepping stone for those who want to go electric but who have concerns about range as they aren’t as expensive as a battery electric vehicle. At the moment they give drivers the best of both worlds.

“In deciding what vehicle to purchase next drivers should still consider how it will be used most frequently. If that is predominantly motorway driving, then a new cleaner-than-ever diesel is probably the right choice, but if it involves regularly driving into a town or city that will soon be implementing a Clean Air Zone then an electric, plug in hybrid or a petrol are the currently best options. However, it should be pointed out that while petrol engines aren’t as harmful to people’s health as most diesels, they generally emit more carbon dioxide and are therefore not as good for the planet.”