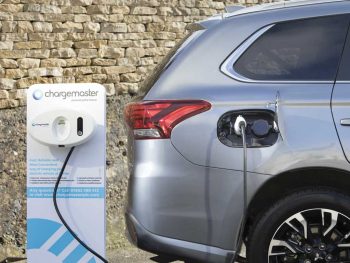 T&E commissioned Emissions Analytics to test three of the most popular plug-in hybrids sold in 2019 – a BMW X5, a Volvo XC60 and the Mitsubishi Outlander PHEV – and said the results showed that “plug-in hybrids are fake electric cars, built for lab tests and tax breaks, not real driving”.

The findings are rather controversial as they have been announced just days after Boris Johnson said that sales of petrol and diesel-engined new cars and vans will stop as of 2030 but hybrids will have a further five years on sale.

Tested by Emissions Analytics on a fully charged battery in optimal condition, the plug-in hybrid models emitted 28-89% more CO2 than advertised, while on an empty battery, they emitted three to eight times more than official values.

And driven in battery-charging mode, which enables motorists to charge up ahead of using electric mode in low-emission zones, the PHEVs emitted three to 12 times more CO2.

It’s the latest research from Emissions Analytics to indicate concerns with plug-in hybrids; its analysis a year warned that the emissions-reduction benefits of PHEVs are reliant upon driver behaviour compliance and that hybrids would be a safer bet for CO2 reduction.

Julia Poliscanova, senior director for clean vehicles at T&E, said: “Unless you drive them softly, carbon emissions can go off the charts. Governments should stop subsidising these cars with billions in taxpayers’ money.”

T&E also challenged carmaker claims that PHEVs on sale today are suited for long journeys as its research suggested that once the battery is flat, the three plug-in hybrids can only drive 11-23km (7-14 miles) in engine mode before they overshoot their official CO2 emissions per km.

It also said that while drivers have been blamed for relying on the engine not the motor, the PHEV models on sale today often lack the necessary EV power, range or charging speed. For example, two of the three cars tested, the BMW X5 and Volvo XC60, cannot fast charge.

As well as calling on governments to stop PHEV subsidies – it’s worth noting that the UK rather controversially stopped its plug-in car grants for PHEVs back in 2018 – T&E also urged the EU to change current emissions regulations which mean PHEVs are currently given additional credits and make it easier for carmakers to meet their CO2 targets.

Poliscanova concluded: “The only way plug-ins are going to have a future is if we completely overhaul how we reward them in EU car CO2 tests and regulations. Otherwise PHEVs will soon join diesel in the dustbin of history.”

But the SMMT’s chief executive Mike Hawes has said there will always be a difference between lab tests and real-world use, “but the internationally regulated WLTP and RDE tests prove that plug-in hybrids deliver substantial emission reductions compared to pure petrol or diesel equivalents”.

He also pointed out the flexibility provided by PHEVs, which have the ability to drive in zero emission mode for typically 25-40 miles – more than ample given that 94% of UK car journeys are less than 25 miles – making them perfect for urban commutes while avoiding ‘range anxiety’ over longer journeys, reducing emissions and improving air quality.

Hawes added: “We can’t comment on unverified, unregulated tests by commercial entities, but even these have found that PHEVs emit at least 25%-45% less CO2 than their pure ICE counterparts, and of course, they emit 100% less when driven in battery mode.

“PHEV range and performance will continue to improve meaning that, for many drivers, they are the essential stepping stone to a fully electric vehicle – as recognised by the Government, which has excluded them from the 2030 end of sale date for petrol and diesel cars and vans. Technologies such as geofencing can help incentivise drivers to charge their vehicles – as will massive investment in growing the national charging network, which will also support battery electric vehicle uptake.”

Mitsubishi also slammed the research, saying: “Our published MPG and CO2 figures are the numbers that are produced as a result of a standardised WLTP test that was specifically designed for PHEVs. Independent tests can produce unreliable / variable figures depending on conditions and a variety of other factors and we naturally contest any findings where we have no oversight of the testing or methodology. Disregarding a PHEV’s electrical powertrain during testing, for example, is like testing a petrol or diesel car and only using three of its gears.”

Mitsubishi has also recently published research showing how PHEVs provide a stepping stone for many drivers: almost half (48%) of Outlander PHEV owners would consider a full electric vehicle when deciding which car to buy, compared to just 9% of drivers of petrol- or diesel-powered vehicles.

The carmaker added: “PHEVs have played and continue to play an important role as a transitional technology.

“We are completely on board with the need to decarbonise as soon as possible but it needs to happen in stages and plug-in hybrids can be a very useful tool in accelerating and supporting that transition, especially if incentivised and encouraged properly by the Government.”

Volvo Cars also commented on the research, highlighting how all its cars are certified and fully comply with existing emissions legislation. A spokesperson said: “The existing emissions testing regime provides a useful industry standard that allows customers to make comparisons between cars, but real-world variations will apply. Plug-in hybrids have zero, or close to zero, tailpipe emissions when driven in pure electric mode and our customer field data shows that Volvo PHEVs are driven in pure electric mode on average 40% of the time, making them a crucial step in our path to full electrification.”

BMW Group also said that the WLTP tests show clearly that PHEV technology, when charged regularly as intended, can save significant fuel consumption and emissions over the equivalent petrol or diesel models.

A spokesperson added: “While we cannot comment on the test method used in this report, it is no surprise that different emissions figures are reached as on-the-road driving conditions are infinitely variable.

“Plug-in hybrid technology is important to get customers used to electric driving and demonstrate how practical electrified driving is in every-day life. For millions of drivers, today’s PHEV technology already offers the opportunity to cover substantial parts of the daily commute, if not all of it,  using only electric power, whilst having the flexibility of the combustion engine available for longer drives when required. With technology evolving and expanding charging infrastructure, the customer benefits of PHEV technology will continue to grow.”

BMW also highlighted its introduction of eDrive Zones for its latest plug-in hybrid vehicles, including the X5, in London and Birmingham, will automatically switch the car into electric driving mode when it enters the city’s low emission zone and so help to reduce local concentrations of emissions.

Previous: Daimler and Geely team up for ‘highly efficient’ hybrid powertrains
Next: Hyundai and Ineos work to advance hydrogen market