Plug-in sales likely to overtake diesel in Norway this year

Over 40% of Norway’s new cars were a hybrid, electric or hydrogen fuel cell models last year, with plug-ins set to overtake petrol and diesel volumes during 2017. 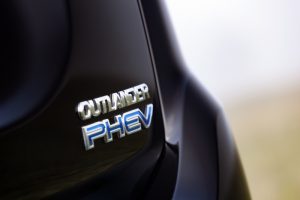 Figures from Norway’s Opplysningsrådet for Veitrafikken (OFV) show 62,167 electrified vehicles were registered in the country last year, that’s a 40.2% share of the 154,603 total passenger car market, and a 39.6% uplift on 2015.

By comparison, 20,663 plug-in hybrids (PHEVs) were registered in Norway in 2016, the 12,681-unit uplift almost matching the decline in diesel volumes during the same period. The weight-related tax which had made PHEVs less attractive was removed in 2013, and their sales share has grown steadily since.

However, the popularity of PHEVs might also be curbing demand for battery-electric vehicles (BEVs). Norwegian motorists registered 24,245 BEVs during 2016, with volumes declining 6.0% (1,543 units) year on year, while hydrogen fuel cell vehicles accounted for 23 units in 2016; still a niche, though larger than the 4 sold in 2015.