Premier Inn is to deploy 1,000 rapid chargers across its hotels chain; said to be the biggest roll-out of high-power EV chargers in the hospitality sector in the UK. 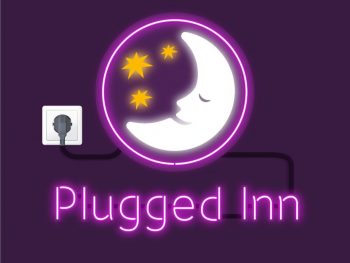 The 50kW+ chargers will be installed nationwide, with 600 committed across 300 hotels over the next three years

Parent firm Whitbread has appointed Engie to install the charge points, which will be available not just for guests but also for the general public via the GeniePoint network.

The 50kW+ chargers will be installed nationwide, with 600 committed across 300 hotels over the next three years.

The move has been greeted by Business Secretary Kwasi Kwarteng, who said it would help with the Government’s plans to push EV take-up and help kick-start a green industrial revolution across the country.

“Just as the Government is accelerating efforts to support EV and battery manufacturing in the UK, we must also ensure the public can access high-power charging points at their convenience,” he commented.

“This fantastic initiative between two great companies will allow for stress-free electric vehicle charging when we are able to visit our favourite pubs and restaurants again – allowing consumers to charge up in record time, while encouraging others to make that all important switch to electric.”

As well as providing Premier Inn guests with convenient charging locations, the tie-up will also give them access to Engie’s wider GeniePoint network.

Sam Hockman, divisional CEO – Futures at Engie UK & Ireland, said: “This important move by Whitbread highlights the key role the hospitality sector can play to support not only the uptake of EVs, but also the UK’s wider commitment to become net zero by 2050.”

Simon Leigh, procurement director at Premier Inn, continued: “We know that ‘range anxiety’ is a real concern for many of our guests who own electric cars. Knowing that in many locations they will soon be able to arrive and have access to a high-speed charge point to quickly refuel their car while they relax and refuel themselves will be a great source of comfort.”

The news was greeted by the Go Ultra Low joint government and industry campaign to promote the uptake of electric vehicles. Poppy Welch, head of Go Ultra Low, commented: “Premier Inn’s announcement is an exciting commitment that will contribute to ensuring more and more people around the country have access to charging infrastructure. The UK already enjoys access to one of Europe’s most comprehensive charging networks, with over 37,000 public charge point connectors at more than 13,600 locations across the UK. The network is set to go from strength-to-strength as continued investment from both private companies and the government enables rapid expansion, making it even easier for electric motorists to top up wherever they are.”

Roll-out of the chargers will start in March 2021; the first are scheduled for deployment in Enfield, London.