The Government is being urged to take a far more proactive approach to charge point deployment on its own estate, providing a strong leadership example to local authorities and fleets and helping to kickstart the EV revolution. 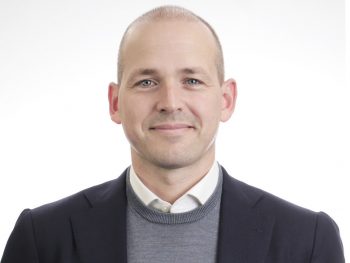 The call comes from Chris Pateman-Jones, CEO at electric vehicle charging infrastructure Connected Kerb, who said that some local authorities are struggling with deployment, and being left alone to make decisions, and would welcome some direction and guidance.

Pateman-Jones – who joined Connected Kerb from EY in November 2018 and says he has a genuine passion about the UK’s EV revolution – outlined that while there is an urgent need to tackle on-street charging, deploying charging points can be very difficult for local authorities. The pandemic has also exacerbated the challenges, bringing many other pressures and forcing some local authority staff to take on additional roles.

Speaking to Fleet World on the issues for local authorities exploring on-street charging, Pateman-Jones said: “There’s an awful lot of work that needs to take place and each street is different and you have to go and get different power connections. You’ve even got to go to the community and so on.

“So it’s not an easy thing for them to do and they get beaten up a lot about [it] but it is difficult and they’ve got lots of other priorities.”

The On-Street Residential Chargepoint Scheme supports local authorities by providing access to grant funding that can be used to part-fund the procurement and installation of on-street EV chargepoint infrastructure to residential needs. The Office for Zero Emission Vehicles (OZEV) has allocated £20m of funding in 2021/2022 for the scheme, covering 75% of the capital costs of procuring and installing the chargepoint and an associated dedicated parking bay. And to address potentially prohibitive cost issues over electrical connection can be prohibitive to the installation of this infrastructure, the maximum OZEV will fund per chargepoint unit has been increased to £13,000 in cases where connection costs are high.

But rather than leaving the onus entirely on local authorities, Pateman-Jones – who is in regular dialogue with the government departments including the Department for Transport – said there’s an opportunity for the Government to take a lead here and provide some much-needed leadership.

A report published yesterday from the Public Accounts Committee has seen MPs say they are not convinced that the Departments for Transport and for Business, Energy & Industrial Strategy are doing enough to ensure all communities have access to the appropriate charging infrastructure.

But Pateman-Jones said there’s one way the Government could quickly tackle some of the charging issues.

He went on: “Actually where I think the Government could step in is to say, ‘You know, we control the NHS, schools, universities – or have influence over these. We have the MoD estate, government agencies; all of these other departments of state which have huge areas of car parking and huge areas of land. Let’s make use of this.’

“And a significant proportion of our society work within these services. I mean, there are over a million people in the NHS alone.

“So I think the Government taking a far more proactive approach to deployment on its own estate would be a really good leadership example and where they would have direct ability to influence the procurement process.

“This is probably the biggest infrastructure project in the UK at the moment, to hit the 2030 target. So we need to be moving to that infrastructure target and if the Government were to step in and say, ‘Across the whole of the MoD we’re going to deploy charge points for all of the soldiers and all of the staff we’ve got so they can shift to EVs,’ that would set a benchmark out there. I think that’s the sort of leadership that can be quite powerful.”

This would then have a significant knock-on effect on the transition to EVs among the public sector fleets, bringing benefits to drivers, he added.

“I think the other part of that is that often in the Government, because they’re state employees, they aren’t the highest-paid employees but they often have [access to] very good company car schemes. We’re talking government fleet. You can then transition those vehicles much more quickly.

“I said this to the DfT. The whole argument with the nurses is that a 1% pay rise is unacceptable – for an average nurse, they’d save more than 1% of their outgoings if they switched to EVs, like in terms of their running costs. So you would have more of an impact if, rather than only giving them 1%, you helped them transition to EVs. It would have a very powerful impact.”

This would also help counter the current situation where typically EVs are being driven by the wealthier people in society; an issue highlighted by the Green Alliance think-tank in its November 2019 research and now increasingly coming under focus at the moment as concerns mount over how low-income households will make the switch to EVs once the 2030 ban comes in.

Pateman-Jones said that a government approach on deploying an EV fleet and charging could help tackle this: “Because at the moment, a lot of the things the Government has done – through no intents but often because it’s easier to go after wealthy people because they have disposable income – mean that a lot of the subsidies are supporting wealthy people to buy pretty expensive cars.

“Whereas if you focus on government estate and government fleet, you would have a different impact across different parts of society.”

Pateman-Jones said that any work by the Government on deploying its own fleet charging infrastructure would still need to be a shared piece. But he added: “I think the local authorities would feel more comfortable if the Government were to be stepping in as well.”

And he pointed out that it is something the Government is working on to some degree already – Connected Kerb is working with the Ministry of Justice to deploy its 22kW chargers at some of the prisons –  but he said there’s room for this to be stepped up.

Earlier this week, Connected Kerb announced a new project to bring EV charging revolution to hard-to-reach areas, helping to tackle EV inequality. The first phase of the work will see 40 EV chargers installed in poorly served areas across Kent in partnership with Kent County Council, but it’s also intended to provide a blueprint for local authorities across the UK to deliver sustainable, affordable and accessible EV infrastructure to hard-to-reach UK communities.

One further way the Government could help with charging point procurement, in order to speed up the roll-out of the charging infrastructure, is by providing the right mechanisms to support UK business, according to Pateman-Jones.

He commented: “The whole concept of Brexit, either side of your perspective on it, was that the Government did talk a very good game around it having a positive impact for UK business in terms of being free from procurement rules.

“Most of the operators that are deploying charging points in the UK seem to be overseas multinationals. But the UK has more e-mobility start-ups than anywhere else in the world at the moment. And that’s LinkedIn statistics, not mine.

“There is a huge opportunity for the UK government to create unicorns if you can procure in a way which preferences to sustainability; ie you prefer manufacturing in the UK and you’re not shipping.

“There are also other reasons to do that; it’s not just to support UK businesses but also from a supply chain perspective; supply chains are really constrained globally at the moment so if you can manufacture local you can overcome some of those things.

“Clearly I would say that because we manufacture in the UK and we are UK-owned and UK IP.

“But there is some logic to it as well, particularly with the plans for a green recovery and creating UK jobs.”