The Range Rover Velar is now being offered with a plug-in hybrid offering a 33-mile range, alongside new mild hybrid engines. 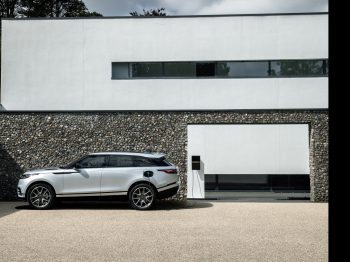 Part of a range update for 2021 that also brings Land Rover’s new Pivi infotainment system, the P400e already seen on models such as the Range Rover Sport now debuts in the brand’s  mid-size luxury SUV.

The powertrain teams up a 300hp petrol engine and a 143hp electric motor, giving a total 404hp and 650Nm. The result is a 0-62mph time of 5.4 seconds alongside fuel economy of up to 130.2mpg and CO2 emissions from 49g/km, bringing a Benefit-in-Kind tax rate for fleet drivers starting from 10%.

An entry-level 204hp D200 four-cylinder diesel is also available, also featuring mild hybrid tech and bringing CO2 from 165g/km and fuel economy of up to 44.9mpg.

The new Range Rover Velar is available to order now, priced from £46,110.