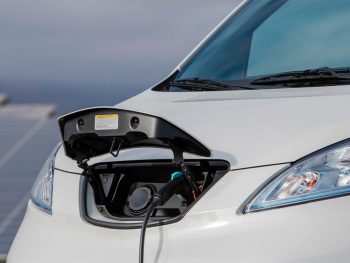 The research was carried out at Millbrook Proving Ground across small, medium and large electric vans, each assessed with three payload weights in typically cold weather conditions

Said to be the first independent research to test real-world electric van ranges in a host of conditions, the research says fleets should use a figure of around 60-70% of the official range in most cases, ensuring they have enough range for journeys.

The research was carried out at Millbrook Proving Ground across small, medium and large electric vans, each assessed with three payload weights in typically cold weather conditions.

The findings show both the effects of temperature and payload on electric LCV range and is said to bring some reassuring points.

These include that the impact of a full load on EV running is similar to that of an ICE van, that faster speeds don’t necessarily reduce range and using ‘worst-case’ winter performance figures should see a positive impact in warmer months.

Published as a number of new electric vans launch in the sector, the data is intended to bring much-needed fleet operator range certainty, supporting the switch to electric vehicles.

David Watts, Arval UK senior consultant, explained: “Tax changes have triggered a sudden surge in electric car interest as drivers seize the opportunity to cut their monthly Benefit-in-Kind costs, but there’s also increased focus on fleet electrification across all vehicle segments. This has seen the spotlight shift to the very real and practical challenges of incorporating electric commercial vehicles into a fleet.”

He added that understanding the realistic operational capabilities of electric LCVs could prove crucial to an effective electric fleet transition process.

Watts added: “Until now there has been an information void about the real-world range of fully electric LCVs, compared to the official WLTP figures, and also the impact of external variables such as temperature, payload and driving route.”