Renault to supply technology for 2016 smart fortwo and forfour EVs 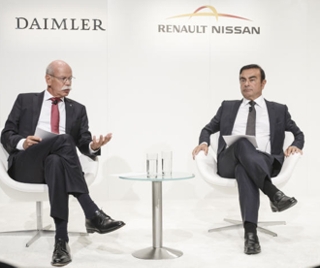 The announcement was made at an event celebrating the ongoing cooperation of Daimler and the Renault-Nissan Alliance and attended by the chairmen on both sides.

In the announcement, the executives said both the smart vehicles will be fitted with an electric motor produced by Renault’s Cléon plant in France, the same one used in the Renault Zoe. The battery of the new smart electric drive will be produced by the Daimler subsidiary, “Deutsche ACCUmotive,” in Kamenz, Germany.

With both smart vehicles underpinned by the same platform as the Renault Twingo, the news has led to speculation that an electric version of that model is on the cards too.