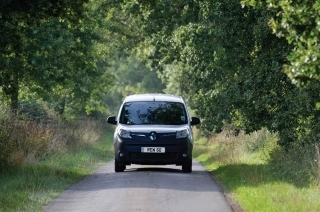 The company has three hydrogen range-extended Renault Kangoo Z.E.s on its fleet, which will use the station, but the facility will also serve French postal service La Poste, which is testing the same vehicles.

Earlier this month, the HyWay project, which is targeting fleet deployment of hydrogen fuel cell vehicles, delivered 21 of the Renault Kangoo ZE-H2 vehicles to Grenoble, said to be the largest roll-out of the technology in Europe.

The site in Isère is one of three in the region, with a larger capacity Air Liquide hydrogen filling station due be installed in Grenoble this autumn.