By Alex Grant / 6 years ago / New Cars, Road Tests / No Comments
Nissan’s second electric vehicle, the e-NV200, has been drawing global attention for packaging the LEAF’s drivetrain into a versatile electric van. But what’s less well known is that it’s also available with back seats and rear windows, which makes the e-NV200 Combi one of only two electric MPVs on sale in the UK. 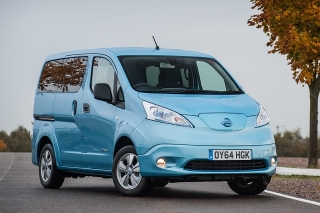 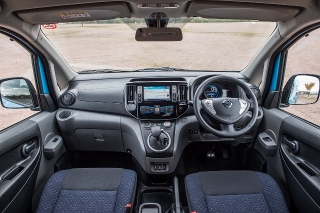 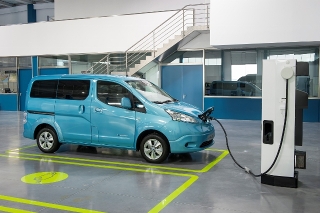 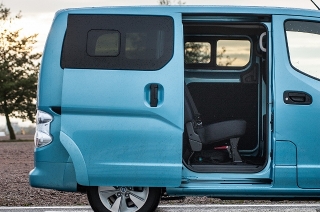 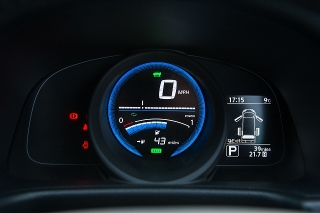 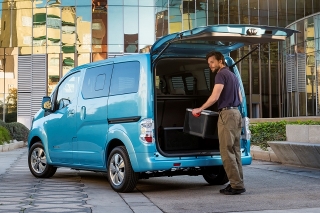 The load-bearing demands of an MPV might make this seem like an oddity, but consider this. How many of the UK’s MPVs rarely, if ever, go further than the school, work and shopping run? In other words, what share of petrol and diesel-burning MPVs are actually well within the range of an electric drivetrain such as this? Quite a few, I’d guess.

Of course, private hire companies are already deploying these, and Nissan has shown its own taxi-converted e-NV200 for use in London. But the e-NV200 Combi could also be a great BiK-effective company car for drivers who might otherwise make do with hauling the family around in a smaller model.

As in the van, the e-NV200 Combi is as practical as its fuel-burning counterpart, with a spacious rear bench which tumbles forward to extend the already huge boot. The tailgate is huge, the boot is tall and wide and the load floor isn’t much higher than a pavement – ideal for buggies and pets.

The drivetrain is based on the LEAF’s, but re-worked to suit the different requirements of a van such as this. So it charges in four hours (with the Plus pack), shares its sibling’s excellent CARWINGS telematics system and the new heat pump which warms the cabin (optionally while still plugged in) using as little energy as possible.

Its boxiness divides opinions, but this is excellent around town. The body is narrow, devoid of flared arches and incredibly easy to judge when manoeuvring, the steering is light and offers plenty of lock, and it drives like an automatic which makes traffic easy. Plus the high seating position provides excellent visibility, while the silent, instantly responsive drivetrain give it sublime refinement. The e-NV200 doesn’t even come with the air quality burden attached to most MPVs.

There’s really no escaping that this is a van, though. It rides firmly, cabin materials don’t match up to the LEAF’s high quality interior, and rear-seat passengers have tiny sliding porthole window instead of a full-sized electric one on a car-based MPV. And herein lies its largest potential pitfall compared to the LEAF.

Nissan has been proactive in supporting the LEAF’s early adopters, rolling out rapid chargers across the country which the e-NV200 can also use. So, aside from Acenta versions, a 30-minute, 80% charge is usually only as far away as the nearest Nissan dealer, Ikea store or motorway service station, and in theory that facilitates longer electric trips without relying on a petrol or diesel engine as a backup.

But the LEAF’s bodyshell is specifically designed to slip through the air as easily as possible to extend the range. The e-NV200’s boxiness is great for increasing cabin space, but it also blunts the aerodynamics and range, just enough to make this impractical for longer journeys. It’s the only real compromise in what is, otherwise, an incredibly practical people-mover.

The e-NV200 Combi works brilliantly in town, offering huge space and flexibility within the footprint of a C-segment hatchback, powered by the clean, refined drivetrain of the LEAF. But, unlike the LEAF, it’s a car entirely meant to stay within the confines of a city, and could really do with 10-15% more battery capacity to round off its appeal.